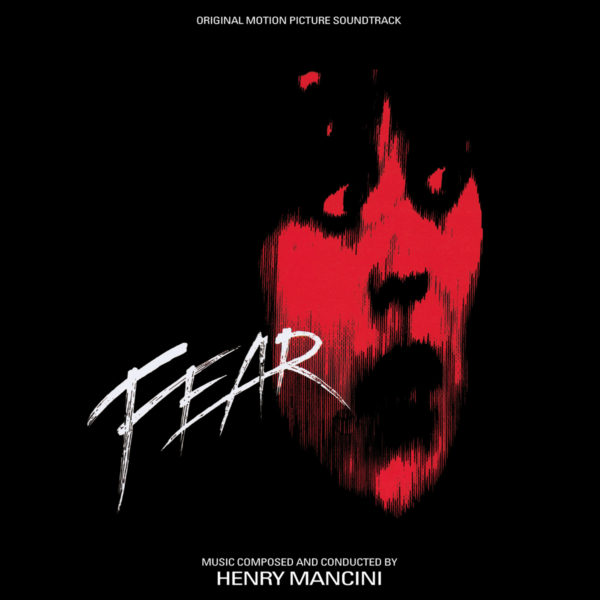 World premiere release of forgotten and surprising Henry Mancini’s thriller score from 1990, one of its lastest music efforts.

Cayce Bridges is a psychic investigator whose special ability enables her to connect to murderers even while they commit their crimes. Four years after solving her breakthrough case, Cayce wants to establish herself as a writer of fiction, but A new series of grisly murders bring her out of retirement. There’s one catch however – the serial killer also has psychic abilities which he uses to contact Cayce for a perverted game of cat-and-mouse. The film’s Hitchcockian finale takes Cayce to a carnival, where she must face her biggest fear in the Hall of Mirrors. The elusive Shadow Man is ready for a final showdown…

Written and directed by Rockne S. O’Bannon (Alien Nation, Farscape), Fear was an effective thriller that combined the world of serial killers with psychic connections. Tagging alongside the ride was Henry Mancini, who provided one of his most daring and unusual scores for the movie. Combining the mistuned pianos of Wait Until Dark or Experiment in Terror, echoes from the oppresive score for The Night Visitor with the spiritual legacy of his rejected Frenzy score, Mancini combines chilling textures, disturbing atmospheres, electronic overdues and clever in-jokes to create a thriller scores that was unfairly neglected in his career so far. Mancini even planned to have his score released by Silva Screen, but the release fell through when Fear didn’t premiere in cinemas. The only piece available so far was a re-recording of “Casey’s Theme” on the compilation album Mancini in Surround.

Quartet Records presents the complete score, including some chilling and Hitchcock-flavored source music. The 12-page full color booklet, includes liner notes by Gergely Hubai, who discuss the making of the film based on an original interview with director Rockne S. O’Bannon and give a track-by-track analysis to this rarely seen film.