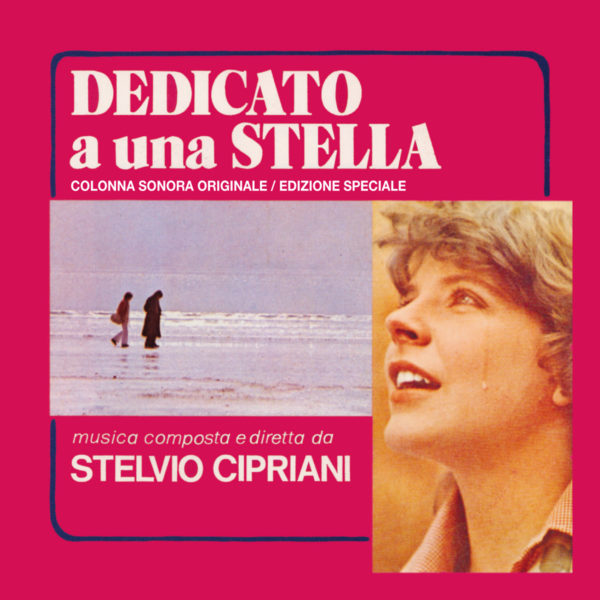 The charming, full melodic and romantic score of “Dedicato a una stella” has been always considered by Stelvio Cipriani to be his favourite and most personal work. Released by Cinevox Records in a 34 minute vinyl in its release date (1980), and reissue later in Japan with the same contents in a CD, having been for many years out-of-print and very hard to find, it is now, for the first time, when it sees the light in its original conception. Restored and carefully mastered by Claudio Fuiano from the original stereo tapes, perfectly vaulted in Cinevox files, this CD of more than 60 minutes running time becames one of the most precious objects for Cipriani’s fans.

It includes liner notes by Gabrielle Lucantonio, with exclusive interviews made with Maestro Cipriani and to the film director Luigi Cozzi (Star Crash) regarding their common work in this film.