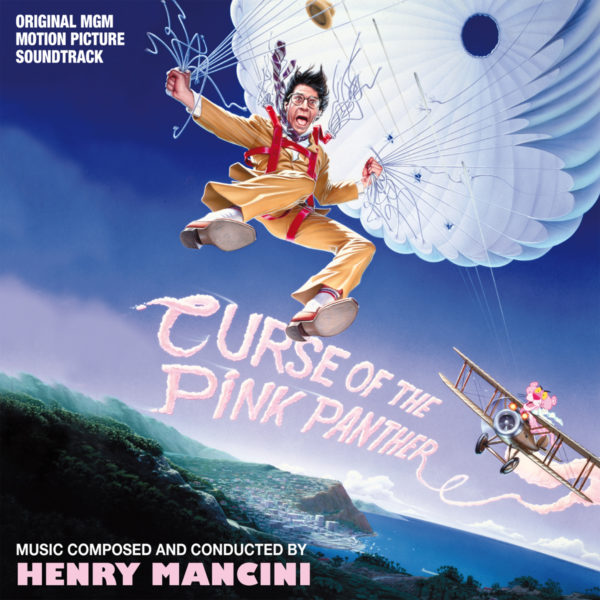 Curse of the Pink Panther

The only film in the “Pink Panther” series that had never seen an official soundtrack album release… until now!. Even A Shot in the Dark, the other film not released on a full soundtrack album, was at least available as a single on RCA featuring two re-recording of the main themes. Not a single piece from Curse of the Pink Panther has ever been released, even though it’s a huge and carefully crafted score.

With the expectation that the film could mark a new departure in the series and give way to further sequels, Mancini wrote a new and slick theme for Clifton Sleigh’s character: a playful melody for clarinet soloist with orchestration reminiscent of Victor/Victoria. There were also a few dramatic themes used to underline the Mafia attacks as well as some amusing experiments with synthesizers to illustrate the world of computers. However, the funniest idea of all was to have some pasodobles and flamenco themes added to the series to underscore the episode that took place in Valencia.

Discovering this film score has been a great and pleasant surprise. Unfortunately, the tapes with the original sound mix made at CTS studios in London are apparently lostl. Therefore, we have had to go back to the 2″ 24-track, courtesy of the MGM, to create a new and fresh sound mix based on the original notes found in the composer’s and the sound engineer’s cue-sheets as well as referencing the film. Every single piece of music written by Henry Mancini for this film has been included in this soundtrack album. We have also added a few alternate takes of some of the themes such as the one used for the main titles, where Clifton Sleigh’s theme is preceded by some James Bond-style arrangements… perhaps in anticipation of the fact that Clouseau had now become Roger Moore!.

In a word, this score is pure Mancini: charm and elegance from one of the most indispensable film music composers, and a lost chapter in a saga has now achieved cult status.