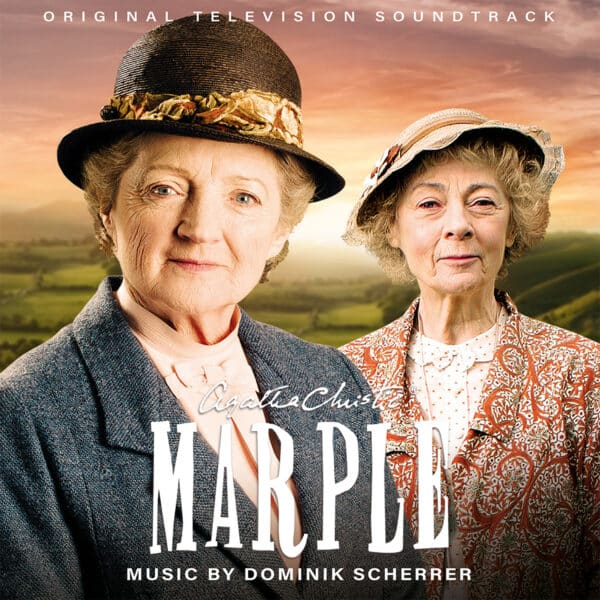 Quartet Records, in collaboration with MovieScore Media, releases the premiere CD edition of the hit ITV series Agatha Christie’s Marple with music by Dominik Scherrer. With 23 episodes aired over 6 seasons between 2004 and 2013, this iteration was the most extensive presentation of classic Marple stories, featuring Geraldine McEwan in the first three seasons with Julia McKenzie taking over in season four. Ever since the first series was nominated for a Primetime Emmy Award in 2005, it has been a consistently great hit with a dedicated fan base.

“I had to look for instrumentation that worked for both the pastoral and the evil, and settled for an ensemble dominated by woodwinds and strings,” says Dominik Scherrer about the music. “The shimmering muted strings and melodic woodwinds of Vaughan Williams were an inspiration. We had London’s top musicians performing soaring violin and cello solos. Utilizing the extreme ranges of instruments, hitting the lowest open strings on the cellos and basses hard, haunting bassoon solos, and screechy high violins at the top of their range could produce truly frightening textures, only to be followed by a beautifully played, plaintive cor anglais solo.

Swiss-born composer Dominik Scherrer is a real veteran of the British television scene. His credits include the hospital drama Monroe (2012/2013), the sci-fi adventure series Primeval (2007–2009), and the crime series Ripper Street (2012)—for which he won the Best Television Soundtrack Award at the 2014 Ivor Novello Awards. His more recent titles include The Missing and Requiem, for which he won another Ivor Novello Award for Best Television Soundtrack (shared with Natasha Khan).

The Murder at the Vicarage

A Murder is Announced

By the Pricking of my Thumbs