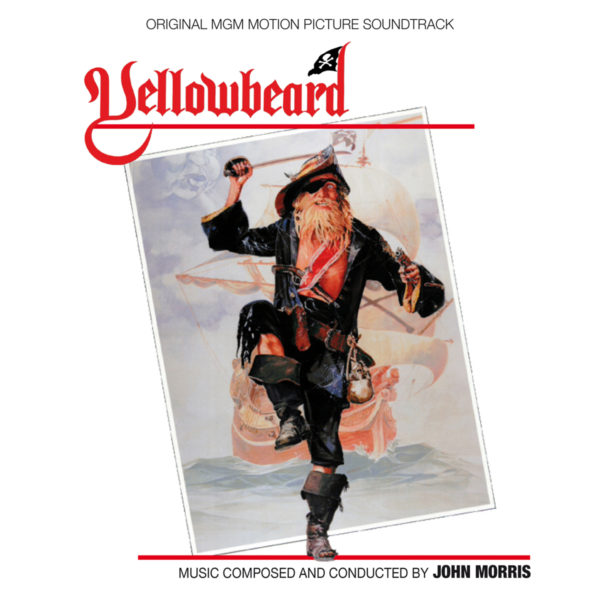 The score composed and conducted by John Morris (Young Frankenstein, Blazing Saddles, Clue, The Elephant Man, The Doctor and the Devils) is a delight from the beginning to the end, one of his best and most meticulous works. With a retentive leitmotiv for the Pirate “Yellowbeard”, and an enormous amount of diferent themes for characters and situations, in a terrific homage to the classic scores from the Golden Age composers, like Erich Wolfgang Korngold, Alfred Newman or Max Steiner.

Although the tapes with the original mixes seems to be lost, we have been fortunate to have the complete 24-multi-tracks set, courtesy by MGM. The new and fresh mix from the original recordings made at Record Plant Studios by Dan Wallin, sounds powerful and seems recorded this morning. Every second of music written by John Morris has been included in this album, including some bonus tracks, outtakes and an alternate funny vocal version of the “End Credits” theme.

A hidden masterpiece that must be discovered in the filmography from an essential composer in the American comedy of the seventies and the eighties.