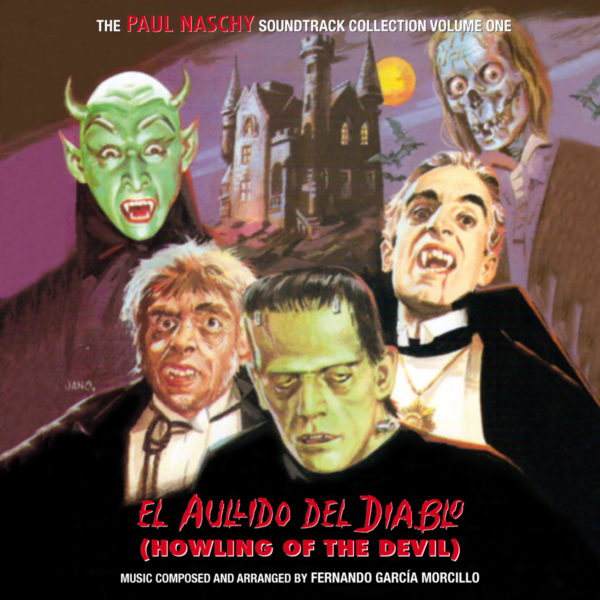 Howling of the Devil

The first volume dedicated to the figure of the legendary actor, director and screenwriter, Paul Naschy, quite an icon of the European horror film. Sought-after and wanted by horror film music buffs around the world, Naschy’s film soundtracks remained, almost in its entirety, unpublished. In the last months we managed to recover the tapes of some of the mythical actor’s films. We start this collection with “Howling of the Devil”, one of his most personal and obscures movies. A intense horror music written by Fernando García Morcillo (Composer of some Spanish ‘cult-movies’ like Eloy de la Iglesia’s “The Cannibal Man” and “No One Heard the Scream” in the early seventies) that allows parody and pays homage to several genre classics.