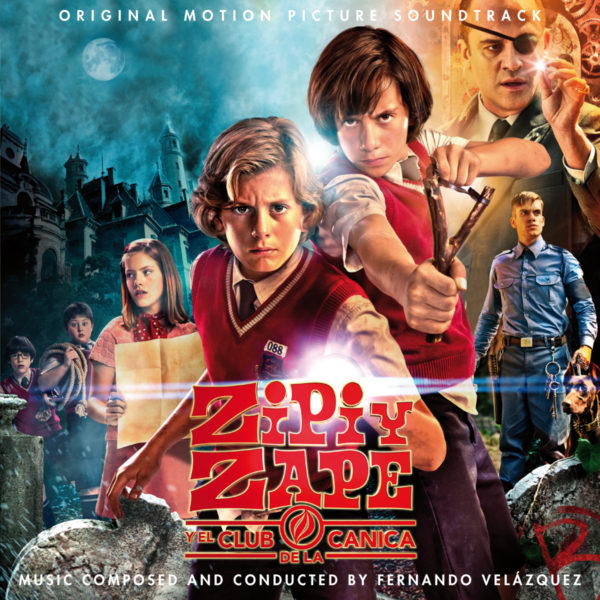 If you’re going to have a great adventure, you’d better have a good partner along for the ride, because having someone to share it with makes it twice as much fun. And Zip & Zap are two of a kind!

Directed by Oskar Santos (El mal ajeno), and based on the popular Spanish comic characters created by Escobar, the film tells the story of Zip & Zap, naughty twins who, after they steal their final school exams, are sent to the Esperanza, a strict summer school where all types of entertainment are forbidden. Their mischief gets out of hand when they form the Marble Gang, the children’s resistance, to defy the evil headmaster. The Gang winds up uncovering a mysterious secret hidden deep within the school. Thanks to their wits, bravery and unwavering faith in friendship, Zip & Zap and the rest of the Marble Gang are in for the most wonderful adventure of their lives.

The exciting full symphonic score is composed and conducted by Fernando Velázquez (The Impossible, Mama, The Orphanage, Devil, The Last Days). An orchestral tour-de-force, which brings us back to the glorious sound of American adventure films in the ’80s, it is an emotional tribute from Velázquez to the film music that caught the dreams and imagination of a generation. There are echoes of Alan Silvestri, Bruce Broughton, James Horner and John Williams, handled by the composer in his own personal orchestral style.

Stunningly performed by the RTVE Symphony Orchestra & Chorus under the baton of the composer, this score is, without a doubt, one of the most remarkable efforts of Fernando Velázquez, and a real treat for nostalgic film music lovers.