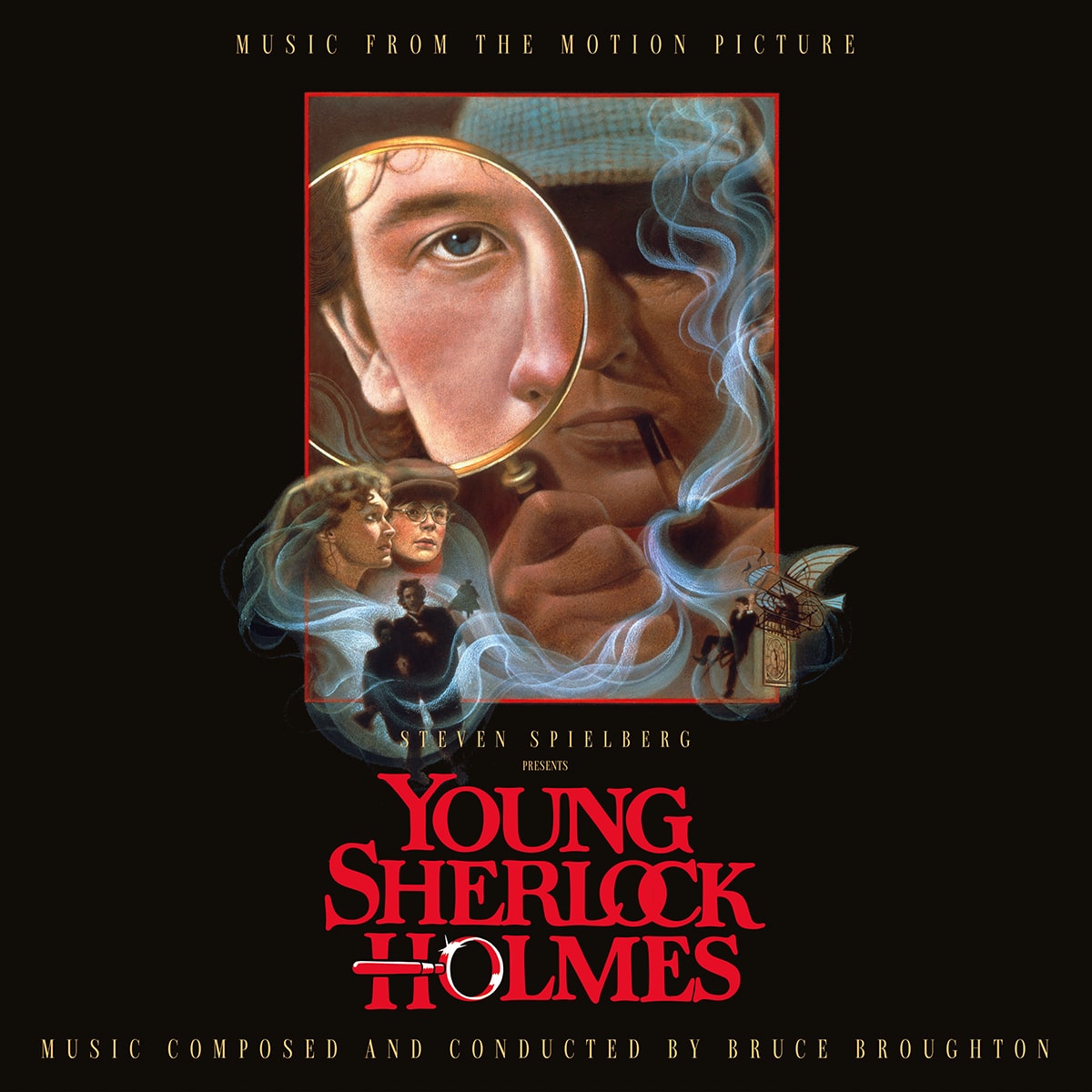 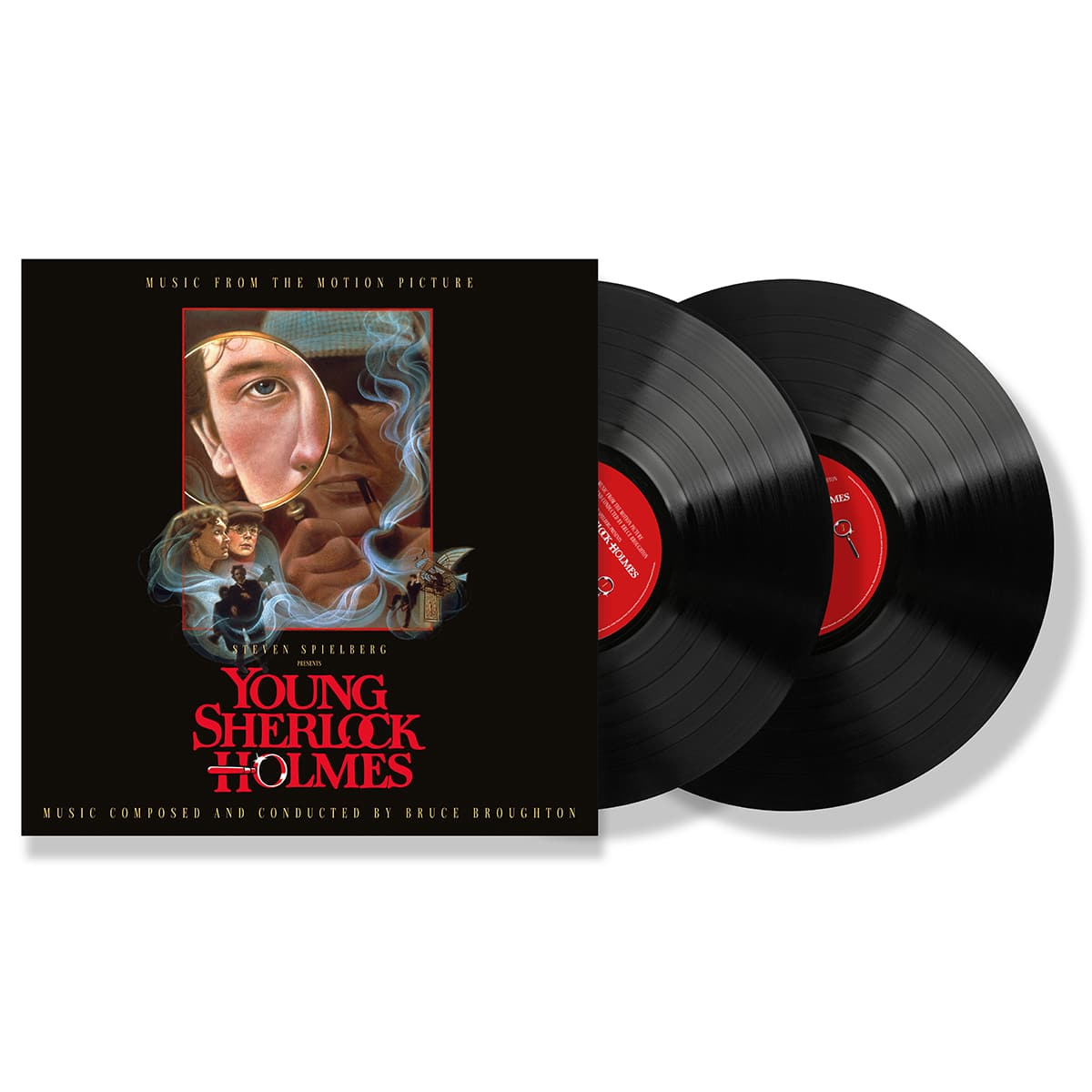 Right after composing SILVERADO, Bruce Broughton wrote a tremendous symphonic score for YOUNG SHERLOCK HOLMES, one of the great scores from a legendary year in film music: 1985. His music takes us into the classy and mysterious atmosphere of Victorian London, with robust action music, catchy leitmotivs, impressive choral passages and a beautiful love theme—a masterpiece enthusiastically performed by the Sinfonia of London under the baton of the composer.

Although the score was previously released on vinyl by MCA in 1985 in a memorable 36-minute LP produced by Broughton himself, a lot of music was left out due to the lack of room. In 2019 Intrada Records released an incredible 3-CD set which not only contains the complete score, but also alternates, revised versions and the 1985 LP for the first time in digital format. This new Quartet 2-LP set expands on the original MCA vinyl and includes the complete score as heard in the film, following the film order (except for some slight changes made for listening pleasure purposes).

Edited, restored and mastered for vinyl by Chris Malone from elements provided by both Paramount Pictures and UME, this edition has been pressed in a 2-LP audiophile black vinyl of 180 GM, and presented in an elegant tip-on gatefold sleeve.