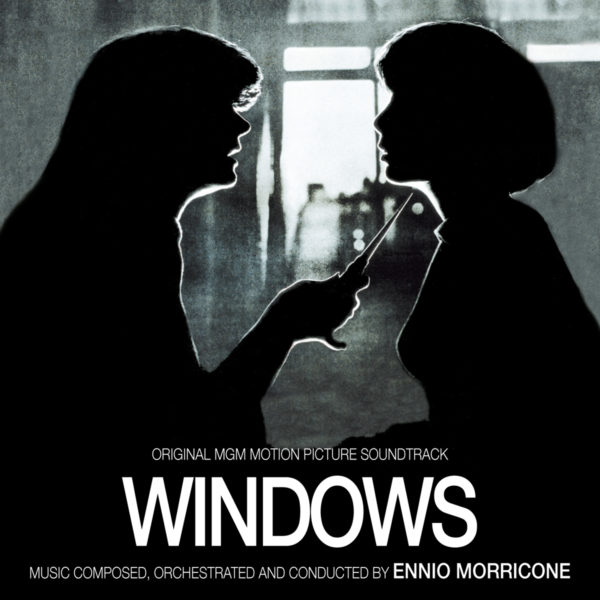 World premiere release of one of the least known scores written by Ennio Morricone (A Fistful of Dollars, The Hills Run Red, Days of Heaven, Cinema Paradiso, The Mission) for the American cinema.

Windows (1979), directed by Gordon Willis (his only film as director, since he is more famous as a cinematographer—with credits including such classics as The Godfather trilogy and some of Woody Allen’s films) starred Talia Shire and Elizabeth Ashley. This psychosexual thriller, set in Manhattan, gave Morricone the opportunity to create an unsettling melodic score, beginning with a gorgeous main theme for piano, glockenspiel, strings and harpsichord entitled “A Terrific View.” This theme is the axis of a score that bridges the sound created by Morricone for Italian giallo with the elegant atmosphere of such American movies as Bloodline, State of Grace, Disclosure, Frantic or Bugsy.

The score of Windows has never before been released in any format. This is perhaps because there are only about 15 minutes of original music in the film, and because Morricone’s recording (made in New York’s A&R Studios) has long been thought lost. Luckily, finally appeared the original 2″ 24-track master in the MGM vaults—in mint condition—and discovered that Morricone actually wrote 46 minutes of music for the film, instead of only the 15 minutes were used in the final film cut.

Now Morricone’s complete score is finally discovered, gives all followers of the Roman maestro the opportunity to hear one of his most obscure and surprising works for the late seventies. The album has been remixed in stereo, produced and mastered by Dániel Winkler. The package includes a 20-page full color booklet and liner notes by Daniel Schweiger.