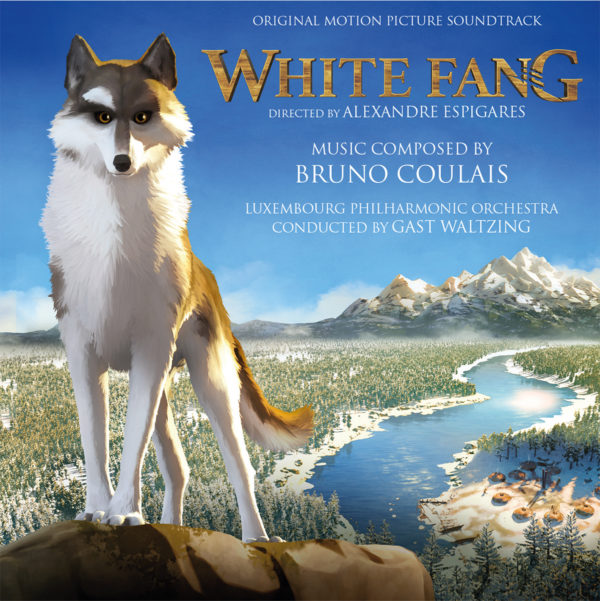 Quartet Records and Superprod present the new score by renowned French composer Bruno Coulais (Microcosmos, Les choristes, Les adieux à la Reine, The Seasons) in his latest foray into scoring an animated film. It’s a genre to which he is no stranger after the success of his film scores for Coraline, Brendan et le secret de Kells, Le chant de la mer, Mune and Droles de petites bêtes, among others.

Directed by Alexandre Espigares (Academy Award winner for Best Animated Short with Mr. Hublot), this new adaptation of the timeless classic by Jack London is the story of a boy who befriends a half-breed wolf as he searches for his father, who has mysteriously gone missing during the Gold Rush.

Bruno Coulais provides an exciting symphonic score, full of leitmotifs for every character, action music, wondrously melodic themes, a deeply moving main theme-all refreshingly orchestrated and, performed by Irish folk group Kila and the Luxembourg Philharmonic Orchestra under the baton of Gast Waltzing (who also composed some additional music for the film).

The album also includes the original song “You Will Find a Home,” composed and performed by Bonnie “Prince” Billy. The package includes an eight-page full-color booklet.