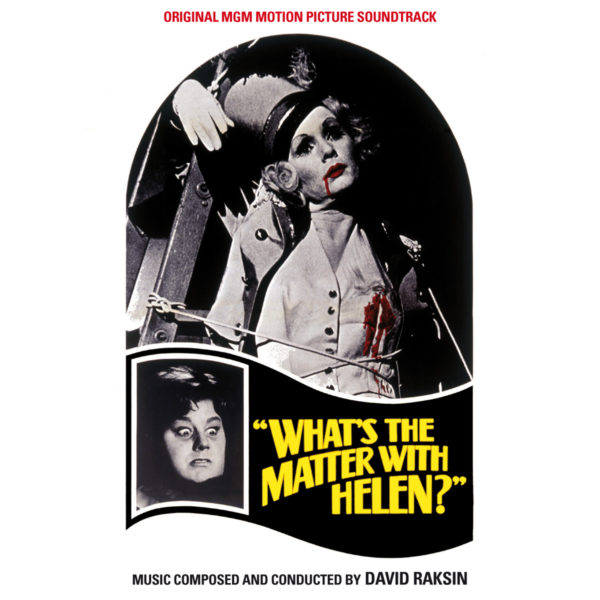 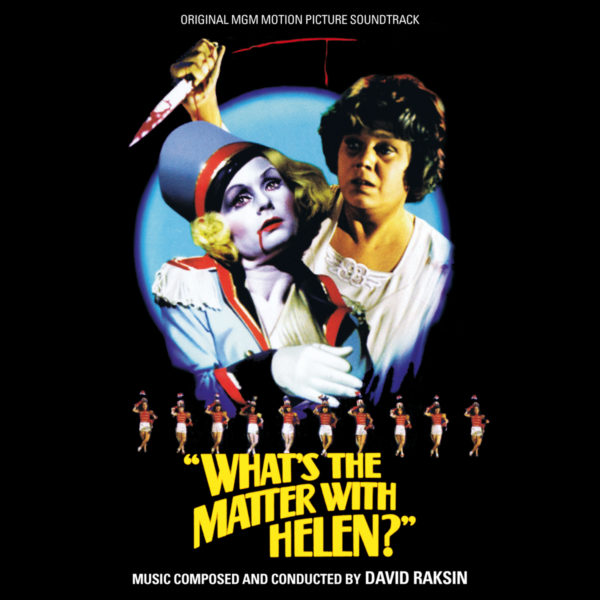 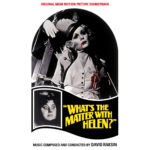 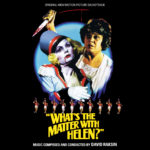 What’s the Matter with Helen?

Curtis Harrington’s What’s the Matter with Helen? (1971) is a film that was clearly inspired by the success of Whatever Happened to Baby Jane?, as well as other movies from the hagsploitation subgenre. Starring Shelley Winters and Debbie Reynolds, the film tells the story of two mothers whose sons have committed a horrible murder back in their Iowa hometown. After receiving a threatening phone call, Helen and Adelle leave for LA to start a new life and make a living through their dance school for little girls. Adelle seems to have it all: she finds a suitor who accepts her past and gets a taste of upper-class life. Meanwhile Helen starts to see ghosts from the past and tries to battle the shadows through the power of religion. The different choices of the two women lead to an inevitable tragedy.

David Raksin’s memorable score (featuring ingenious quotations of the chillingly incorporated “Goody, Goody”) was previously released on a gray market LP shortly after the film’s premiere. The LP had no track titles on it, mixed up the program and had several problems – the most noticeable being a missing saxophone overlay from the main title march!. During our two years’ research we managed to put together the most complete and best sounding release possible from the surviving elements, in a true labor of love. The original tapes being largely lost and Raksin’s personal copy decidedly useless (as it was fully impaired and was used for audio experiments in sound studios), our only option was to restore several copies of the infamous bootleg LP, incorporating an incomplete music stem in mono, courtesy of MGM, with good quality.

This release may be short but contains over 90 percent of the score in addition to unused cues. Because of its running time and the only possible elements used, we offer the product at a special price.

The CD is accompanied by a generous full color 20-page booklet with a preface by Raksin’s archivist Marilee Bradford and further details about the film, the composer and the score by Gergely Hubai (including a track-by-track analysis).