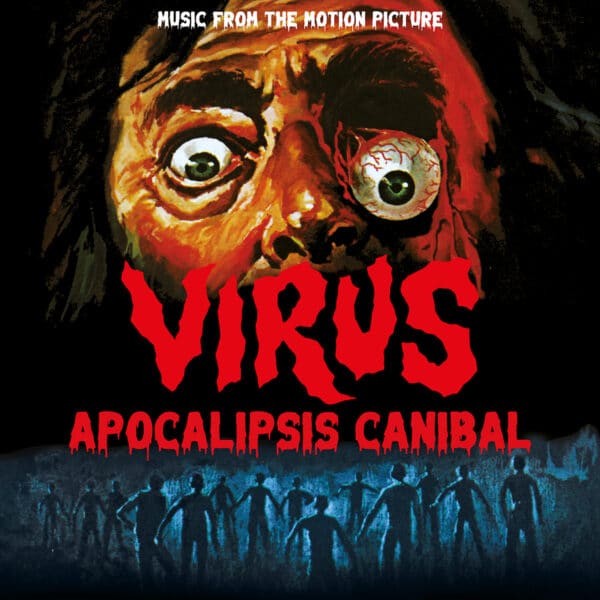 Quartet Records, in collaboration with Cinevox Records, presents the premiere release of the soundtrack to Bruno Mattei’s 1980 iconic zombie film VIRUS (aka VIRUS, L’INFERNO DEI MORTI VIVENTI, aka APOCALIPSIS CANÍBAL, aka HELL OF THE LIVING DEAD), which compiles together both library music and an original score composed by Gianni Dell’Orso.

VIRUS largely takes place in Papua New Guinea, as a group of mercenaries are sent to resolve an imminent zombie outbreak. Their unlikely partner is a female journalist (Margit Evelyn Newton) who gets into a sexy native costume for no apparent reason. Despite a notoriously difficult shoot that necessitated the inclusion of documentary footage to establish the location, VIRUS still makes an impression as a cult zombie flick that mixes in exotica themes into its production.

The original budget didn’t allow for Mattei’s wish of having an original score by Goblin, so a deal was worked out to feature some of the band’s tracks from ZOMBI (1978) and CONTAMINATION (1980). Luis Bacalov’s rhythmic theme for Fernando Di Leo’ DIAMANTI SPORCHI DI SANGUE (1978) was also raided for the main title. However, the film does feature an original cool score by Gianni Dell’Orso providing percussion-based tribal music.

This CD, produced by Claudio Fuiano and mastered by Chris Malone, compiles Dell’Orso’s original tracks together with the Goblin and Bacalov tracks that were featured in the movie. The package includes liner notes by Gergely Hubai discussing the film and the music.