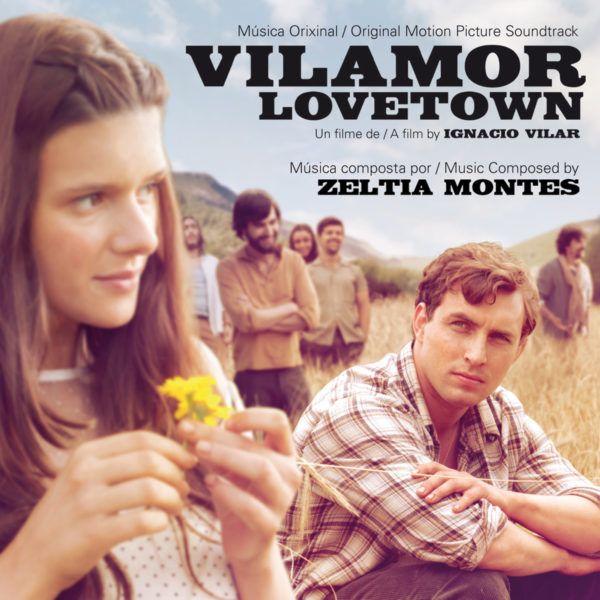 Quartet Records is proud to present the new film score by the talented Spanish composer Zeltia Montes (“The Happets in the Kingdom of the Sun”) for the film director Ignacio Vilar, three years after their first collaboration together in the film “Pradolongo”.

The plot of “Lovetown” is located in Spain, around 1976. The spirit-crushing grip that the Franco regime held over the country for decades is now loosening after the death of its repressive leader. And with it, the church’s moralistic attitude towards sex, drugs and being an obedient member of society are falling on the increasingly deaf ears of an agnostic, free-loving generation determined to create their own self-sustaining societies. It is in one such commune called “Lovetown” that a young priest in training named Breixo will have his ideals tested, and mind opened as he vows to assist its “hippies” in returning to the Earth by reviving an abandoned village and its church. Though he faces his own community’s disapproval for extending a helping hand, nothing will change Breixo’s faith like his growing love for Sonia, a strong-willed young woman who’s equally attracted to the commune’s farmer Hermes. Together, they will learn that idyllic intentions carry an emotional price, with Lovetown calling Briexo back years later to come to terms with the ghosts of the past.

The delicate, full emotional score by Zeltia Montes is impregnated with the Galician roots where it develops the film. A lush, yet ethnically intimate score that seamlessly merges the orchestra of the present with the indigenous instruments from music’s feudal past, among them the dulcimer sounds of a Santur, the viola-like Fidula de arco, and the Medieval Spanish strings of the Vihuela de Mano. Montes abets her striking, time-lost sound with the hurdy-gurdy, accordion, bagpipe, jaw harp and classical and acoustic guitars. Also includes a beatiful original song performed by the Portuguese jazz vocalist Sofia Ribeiro, whose haunting voice courses through her score, much like the life-giving essence of the gods that farmers once worshipped as part of the Earth itself.