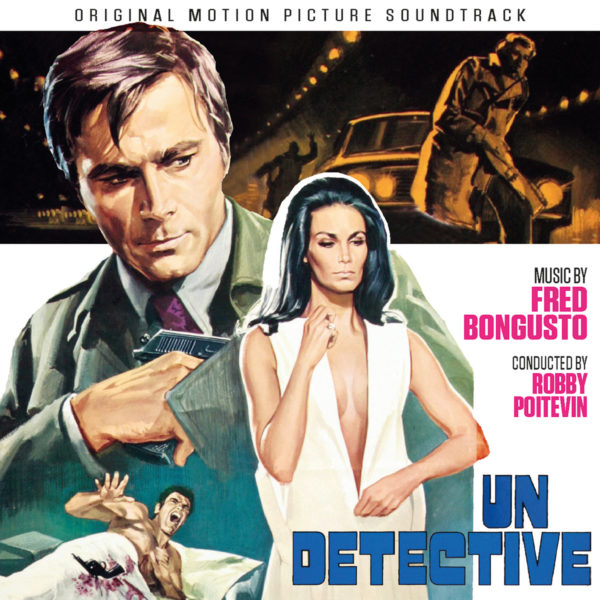 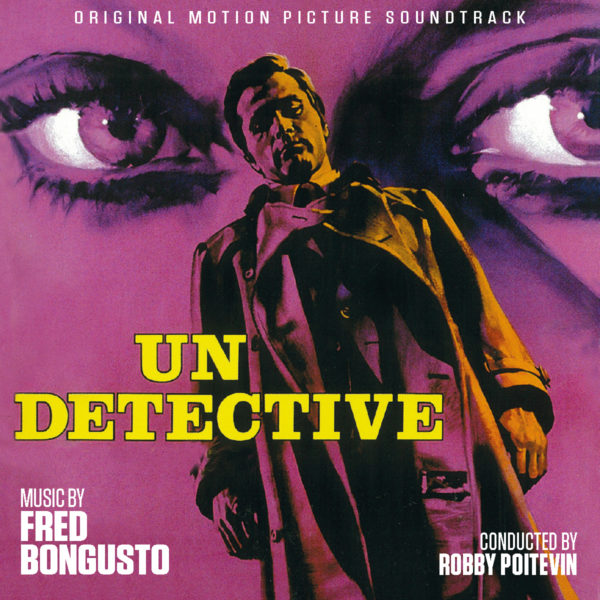 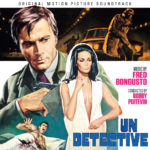 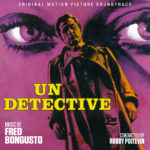 Helmed by Romolo Guerrieri, Un Detective (aka Detective Belli, aka Tracce di rosetto e di droga per un detective, aka Macchie di belletto) is based on Ludovico Dentice’s novel Make-Up Stains. The film stars Franco Nero as Detective Belli, a brutish, cynical cop who has the looks and the wardrobe of a Raymond Chandler character, but a total disregard for doing the right thing. The cast is rounded out by Adolfo Celi and Florinda Bolkan.

Fred Bongusto’s score is built around the song “The World of the Blues,” performed by Shirley Harmer. Most of the tracks offer expertly edited collections of shorter cues based on this musical idea, but there’s also a love theme for Belli’s complicated relationship with his employee’s wife and an underutilized investigation motive for organ and piano. The score was orchestrated and conducted by Robby Poitevin.

The CD by Quartet Records offers the same musical content as the old and rare Japanese CD released by Avanz in the mid-nineties, but the track order has been reorganized for a smoother listening experience. Remastered by Claudio Fuiano, the CD includes an 8-page booklet featuring liner notes by Gergely Hubai discussing the film, the composer and the score.