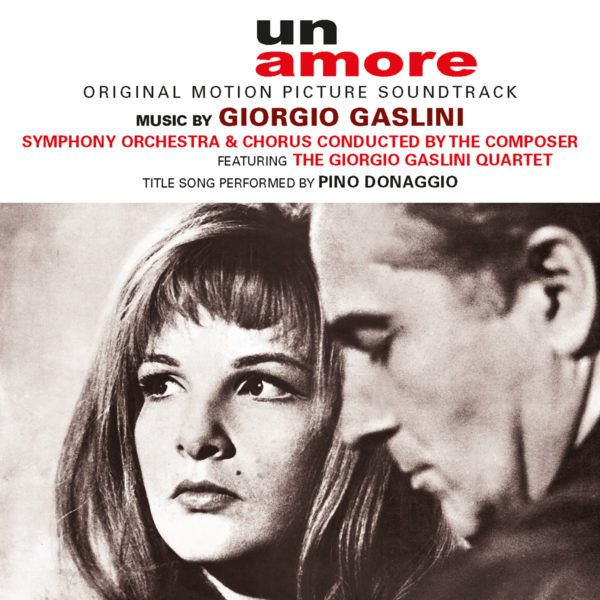 Based on the novel by Dino Buzzati, Un amore (1965) focuses on architect Antonio Dorigo and his relationship to four women. Though he is already about fifty, his elderly mother still treats him like a child. Once he meets Laide, a Bohemian girl, Antonio’s life turns upside down and he is ready to break up his current relationship in favor of a fling with a strange, unreliable girl…

Un Amore was only Giorgio Gaslini’s second major score after his seminal work on Michelangelo Antonioni’s La notte (1961). The score has two main ideas. “Un Amore,” which can be taken as a theme for Antonio’s love affairs, has an elegant feel to it. This is contrasted with the “Tema di Laide,” which uses fashionable instruments of the contemporary pop scene to paint the portrait of a girl who live in the moment with little regard to how her actions might affect others.

Performed by a symphony orchestra & chorus under the baton of the composer, as well as the Giorgio Gaslini Quartet, the CD features the original title song composed by Gaslini and Pino Donaggio, and performed by Donaggio. The CD was mastered by Claudio Fuiano from the album stereo master tapes; the 8-page liner notes by Gergely Hubai discuss the film, the composer and the score.