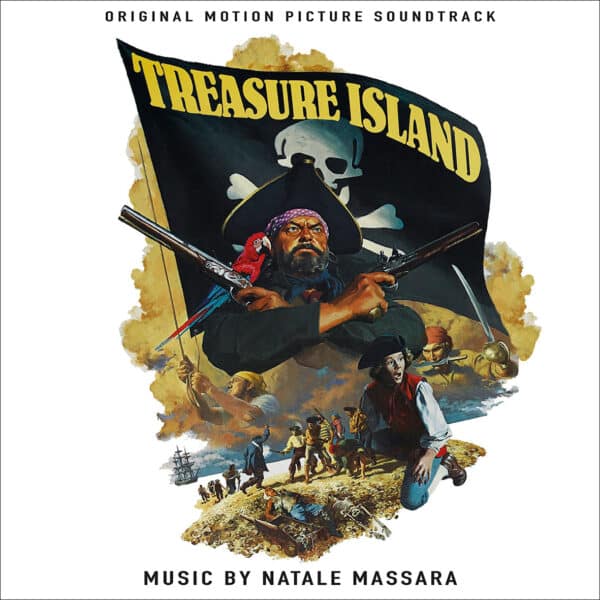 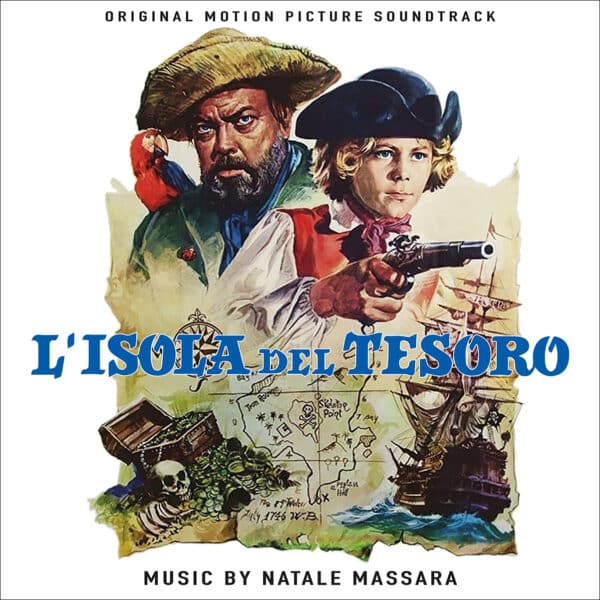 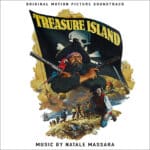 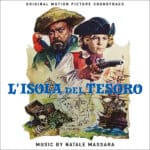 Originally planned as a follow-up to Welles’ FALSTAFF (also available from Quartet Records), the first version of TREASURE ISLAND was cancelled when budget overruns led to choosing between the two movies. Not surprisingly, Welles chose to prioritize his Shakespearean film and complete it first. It took seven years and several rewrites and directors to complete the Robert Louis Stevenson adaptation, which starred Welles as Long John Silver. And even though he wasn’t the credited director, this was still very much his film.

Making his scoring debut was Natale Massara, who composed a real swashbuckling adventure score with a few modern twists added to it—as Welles, who was very much involved in the film’s postproduction, had requested. Now known primarily as the long-time associate/conductor of Pino Donaggio, Massara proves to be a great composer in his own right and this score is definitely an exciting discovery.

Produced by Claudio Fuiano with the supervision of Natale Massara, this release was mastered by Chris Malone from the original mono mixes provided by the composer. The 12-page booklet features liner notes by Gergely Hubai that discuss the film’s arduous background as well as the score based on new comments from the composer himself.