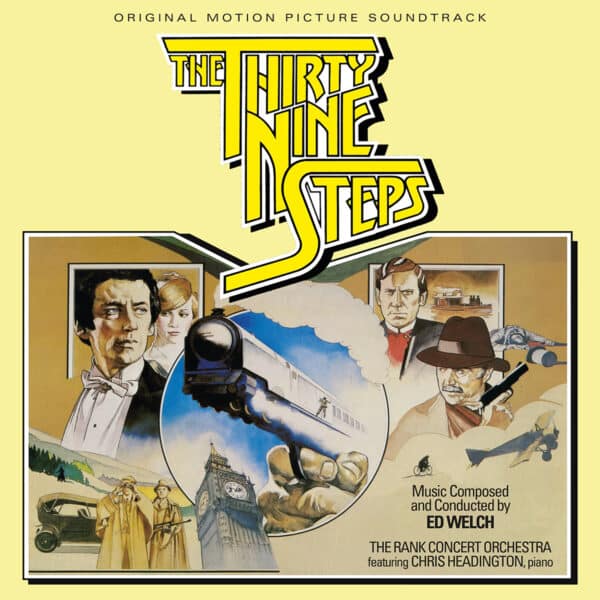 Famously filmed by Alfred Hitchcock in 1935, the first adaptation of John Buchan’s classic thriller novel actually strayed far away from its source material. Directed by Don Sharp, the 1978 version starring Robert Powell as Richard Hannay follows the novel more closely, telling the story of an unwitting engineer caught up in a plot to prevent Prussian agents from carrying out a political assassination designed to trigger World War I.

The score by Ed Welch builds around the “Thirty-Nine Steps Concerto,” a piano-and-orchestra work brilliantly performed by Christopher Headington as piano soloist, and designed as a self-sustaining set piece along the lines of the “Warsaw Concerto” by Richard Addinsell. But there’s much more to this score as highlighted on the original soundtrack album, issued only on LP by United Artists Records. Even though the LP master was the only surviving element, the program is quite substantial and features most of the score.

Chris Malone restored and mastered the audio for this release. The packaging includes a 12-page booklet with liner notes by Gergely Hubai that discuss the film and the score.