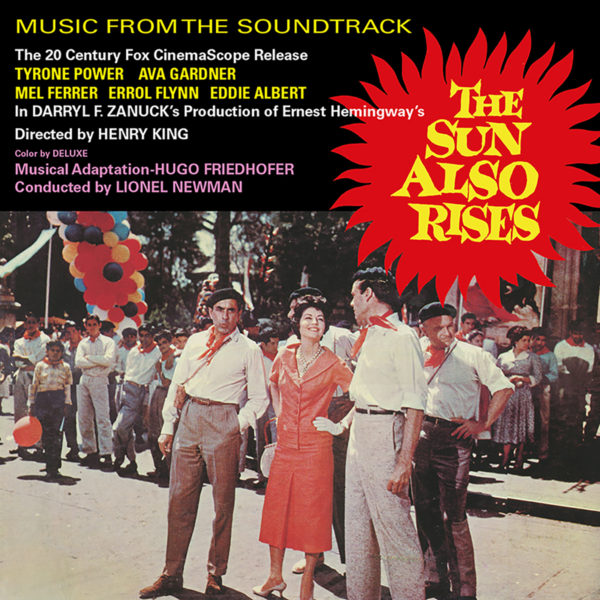 Produced by Darryl F. Zanuck in 1957, The Sun Also Rises falls in line with other Hemingway adaptations of the era (such as Fox’s own The Snows of Kilimanjaro). Starring Ava Gardner, Tyrone Power, Mel Ferrer, Errol Flynn and a very young Robert Evans as a matador, the film is a character study of the lost generation, taking place in France and Spain, capturing candid images of the controversial bullfights of the era.

The music by Hugo Friedhofer is divided into two sections based on the locations. The Paris sequences are heavier on the underscoring with a few chansons providing local color. The second half of the story is more focused on traditional Spanish music with Alexander Courage arranging local music for the street scenes. The guitar parts were performed by soloist Vicente Gomez, who also wrote one of the cues.

The CD contains the complete LP program, which accounts for most of the score. The first half covers the Paris scenes, while the Spanish sequences were represented by longer suites. Restored and mastered by Chris Malone from elements courtesy of UMG, the CD includes as a bonus track the main title without narration (as it was presented on the LP). The 8-page booklet by Gergely Hubai discusses the movie, the composer and its music.