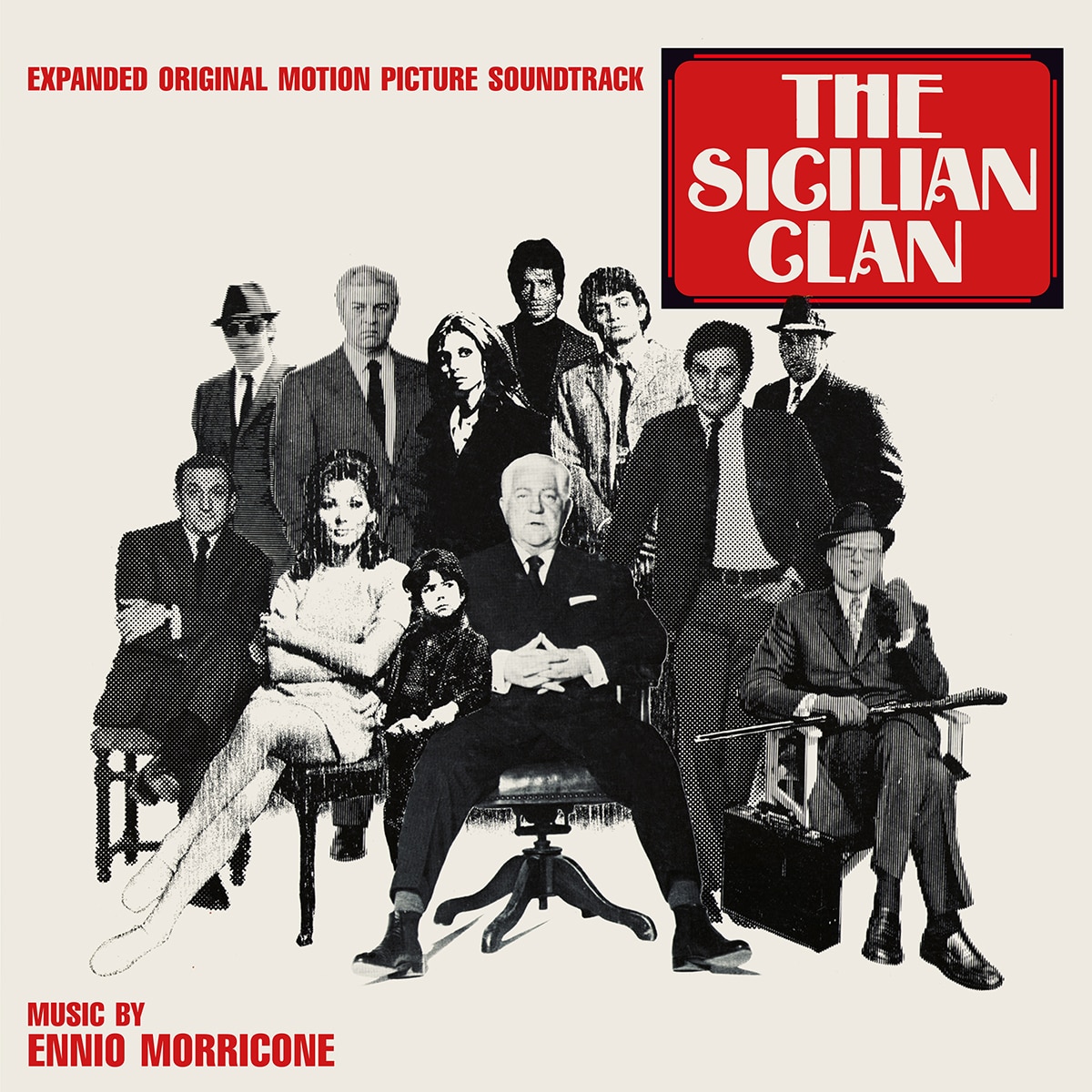 Based on the novel by Auguste Le Breton, THE SICILIAN CLAN is a technical masterwork and a classic of the gangster genre. It was also a huge international success. The plot is about a young, ambitious mobster who plans an elaborate diamond heist while seducing the daughter of a ruthless mob patriarch as a determined police commissioner closes in on all of them.

The memorable score by Ennio Morricone consists of an evocative, idiosyncratic main theme that is developed in four distinctive elements throughout the score. Morricone’s music was often marked by unusual instrumental and effects; in this score, those include a distinctive “Sicilian boing” and the whistling of Alessandro Alessandroni.

The score of THE SICILIAN CLAN was released worldwide by Fox Records (except in Italy, where the rights belong to CAM) in a brilliant, beloved 30-minute album that has been reissued on LP and CD several times among the years. This CD includes the remastered album and also several bonus tracks and some versions—differing in length and orchestration—that Morricone recorded for the slightly different American and European cuts of the film. Produced and mastered by Chris Malone from first-generation master tapes. Claudio Fuiano supervised the album, and the package includes a 20-page booklet with liner notes by film music writer Jeff Bond.