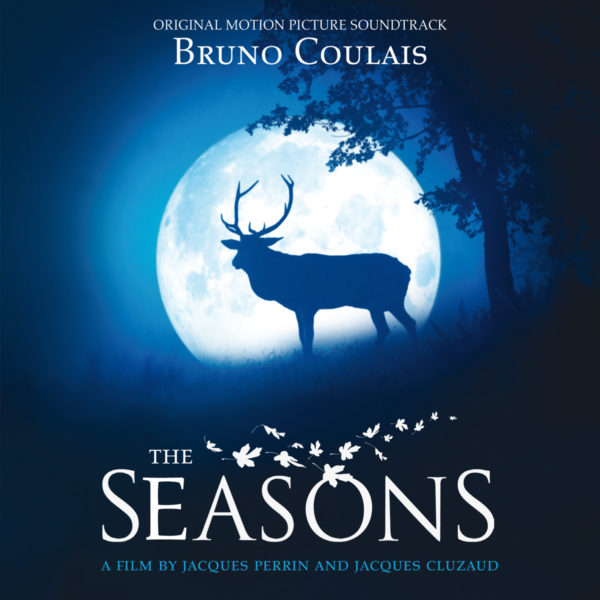 After traveling the globe with migratory birds and surfing in the company of oceans whales and manta rays, Jacques Perrin and Jacques Cluzaud are, for this new film, back on terra firma. They take us on a journey through time to rediscover the European territories we have shared with wild animals since the last ice age. The seasonal cycle is taking place, the landscape changes, the flora and fauna are changing.

The Seasons is a sensitive and unprecedented epic that chronicles the long and tumultuous shared history that binds man to animals.

Since his first musical score for a feature film in 1986, Bruno Coulais has become one of the leaders of the French school of film music. To his credit are such memorable soundtracks as Microcosmos, Les Choristes, Himalayas, Winged Migration, Oceans, Les adieux à la Reine, 3 coeurs …

Bruno Coulais’ impressionistic music for The Seasons evokes the natural world. The musical density compared to that of the image was his constant concern. It marks time and the immutable passage of the seasons through the vibrations of bells, marimbas, vibraphone, music boxes and lightly gliding strings and harps. The music is performed by the Paris Philharmonic Orchestra under the baton of Laurent Petitgirard, and was orchestrated by the composer.