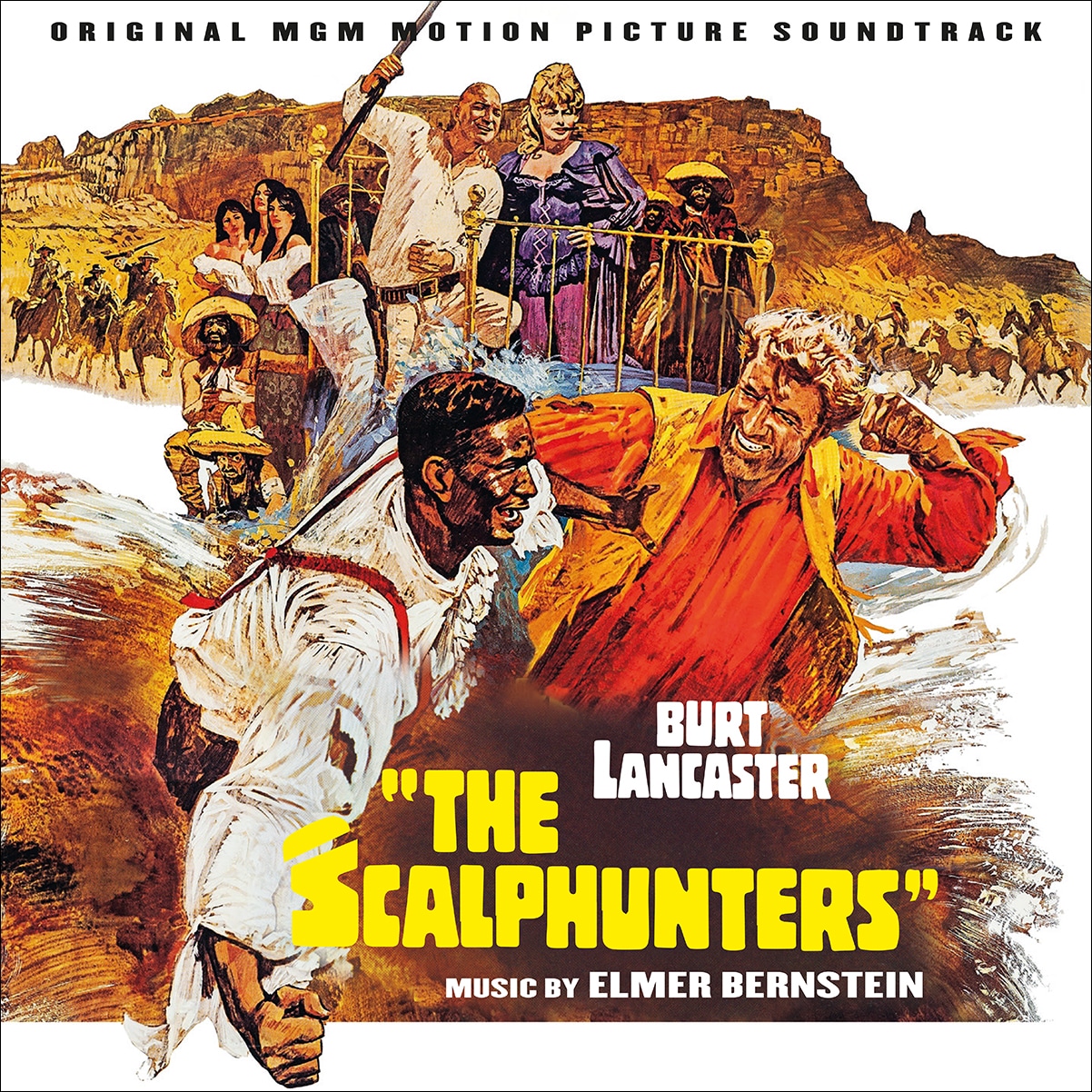 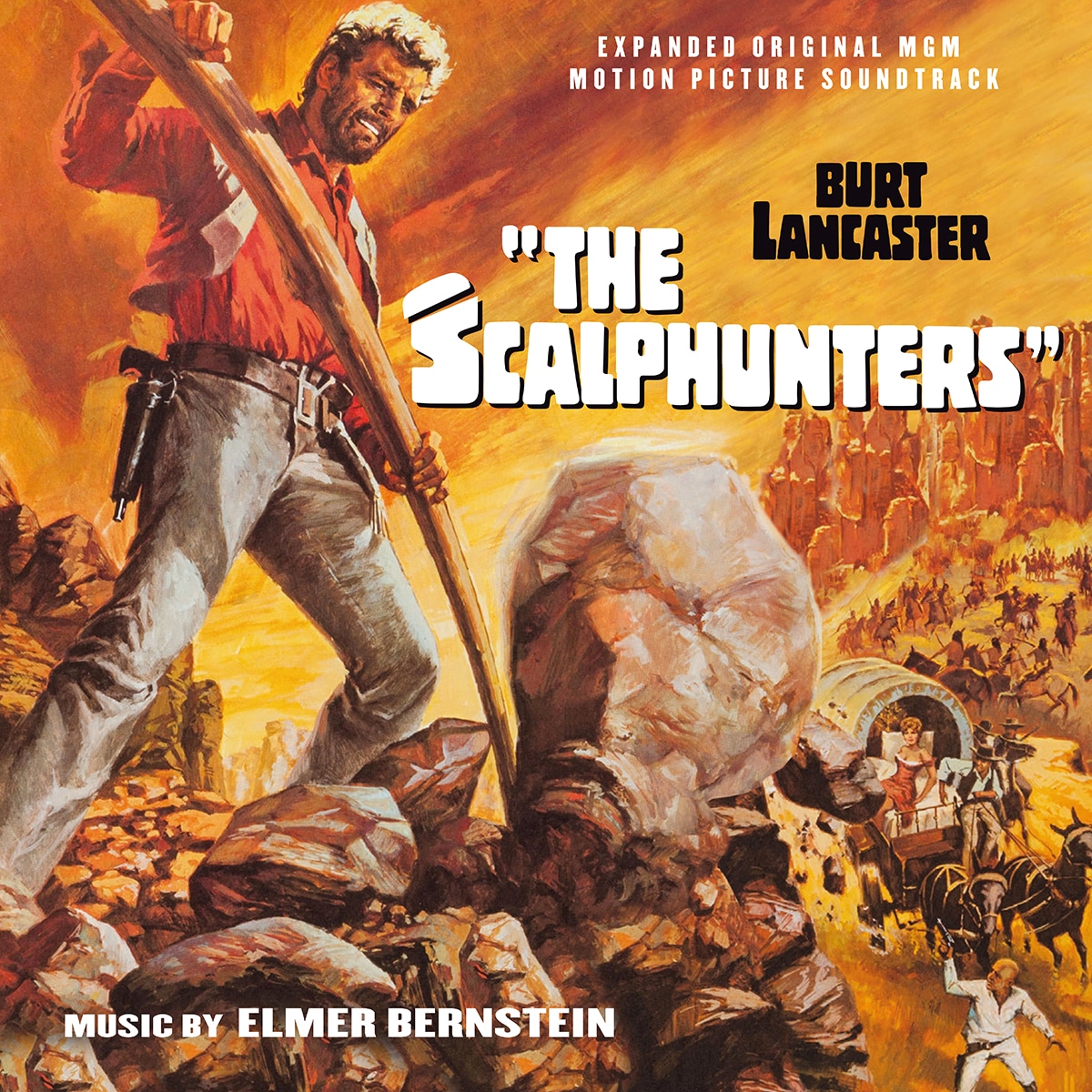 Quartet Records, in collaboration with MGM Studios, celebrates the centenary of the legendary Elmer Bernstein with an expanded release of one of his most energetic, enthusiastic and rhythmic western scores: THE SCALPHUNTERS (1968).

Directed by Sidney Pollack and produced by Burt Lancaster (who also leads a cast that includes Telly Savalas, Shelley Winters and Ossie Davis), THE SCALPHUNTERS tells the story of Joe Bass (Lancaster), who is forced to trade his valuable furs for a well-educated escaped slave; the rugged trapper vows to recover his pelts from the Indians who took them, and later from the renegades (“scalphunters”) that killed the Indians.

Since the mid-1950s, Elmer Bernstein’s career had risen from triumph to triumph: THE TEN COMMANDMENTS, THE MAN WITH THE GOLDEN ARM, THE MAGNIFICENT SEVEN, THE GREAT ESCAPE, TO KILL A MOCKINGBIRD, WALK ON THE WILD SIDE, DESIRE UNDER THE ELMS, SUMMER AND SMOKE. He had become one of the most significant and personal voices in film music history, and one of the most requested composers. When Burt Lancaster convinced him to write the score for THE SCALPHUNTERS in record time, Bernstein was highly experienced in westerns; not only had he created what is arguably the most iconic music for the genre with THE MAGNIFICENT SEVEN and its sequels, he had also written the memorable THE SONS OF KATIE ELDER and the humorous THE HALLELUJAH TRAIL. The music for THE SCALPHUNTERS remains one of his most celebrated contributions to the genre of which he was such a great master.

Due to the success of the film and its score, Bernstein re-recorded a short, 28-minute album for United Artists Records. This album was reissued on LP and, later, several times on CD, but the score as heard in the film has been unreleased until today. This Quartet CD, which also celebrates our 500th release, includes the original album recording, remastered from first-generation tapes, as well as the original score recorded at the Samuel Goldwyn Stage from mono elements recently discovered at MGM, and all painstakingly restored and mastered by Chris Malone. The package includes a 20-page full-color booklet with in-depth liner notes by film music writer Jeff Bond.

Ride again with the energy and magic of Elmer Bernstein!