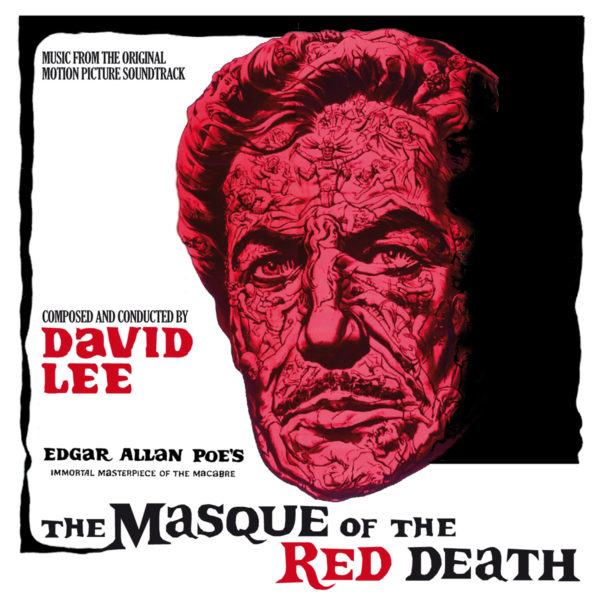 The Masque of the Red Death

World Premiere Release of the iconic Roger Corman film based on Edgar Allan Poe’s immortal classic. Filmed in 1964, this timeless masterpiece is part of the series of adaptations of works by Poe that Corman directed between 1960 and 1964, including the beloved films “House of Usher”, “The Pit and the Pendulum”, “Premature Burial”, “Tales of Terror”, “The Raven” and “The Tomb of Ligeia” (all of them except “Premature Burial” starring Vincent Price).

Filmed in England (with wonderful production design by Daniel Haller and cinematography by Nicolas Roeg), “The Masque of the Red Death” was scored by British composer David Lee instead of Corman’s usual musical collaborator, Les Baxter.

Lee, a renowned jazz musician and songwriter for London’s West End, had already written music for a few British films, but “The Masque of the Red Death” was his most ambitious assignment. He wrote 50 minutes of score in less than three weeks, recording with a symphony orchestra at Pinewood Studios in London. The result was one of the most fascinatingly gothic and original scores ever composed for a horror film. It includes a lovely, lengthy waltz, perfectly synchronized with the film, in the crucial masquerade scene.

The masters containing the music recorded at Pinewood in 1964 were either lost or destroyed; thus, the score of “The Masque of the Red Death”, long demanded by fans, could not see the light of day – until now. This CD has been mastered from the film’s well-preserved music stem, courtesy of MGM. Unfortunately, of the 10 DME reels, only 9 have survived, so about eight minutes of music could not be included. Our sound engineer, José Luis Crespo, has done an amazing job of restoration, subjecting tracks to the most advanced CEDAR technique, and carefully adjusting the ups and downs in volume, now virtually undetectable. The final master was supervised and approved by Mr. David Lee, who is happy to see his work finally published – 48 years after it was composed!

The package includes a lavish 28-page full color booklet, with liner notes by the always-amazing Daniel Schweiger – including an exclusive interview with Roger Corman and David Lee.