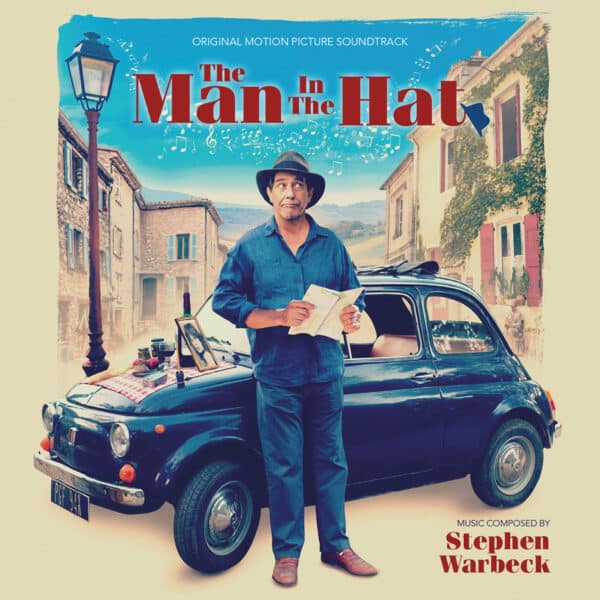 The Man in the Hat

Quartet Records, in collaboration with MovieScore Media, teams up with Oscar winner Stephen Warbeck (SHAKESPEARE IN LOVE, QUILLS, TWO BROTHERS) on the most unusual project of his career – Warbeck not only scored THE MAN IN THE HAT, but was also the co-writer and co-director together with John Paul Davidson.

Starring Ciarán Hinds in the titular role, the film follows our hero as he journeys through France in a Fiat 500 accompanied by a framed photograph of an unknown woman and being pursued by five angry men in a Citroën Dyane. The journey centers around the music; there is almost no dialogue, so the score is afforded much greater prominence and virtually forms an additional character in the narrative. Ciarán Hinds leads the cast with a very soulful performance. Through the score, we explore his happiness or melancholy and tune in to when he feels threatened or liberated.

The soundtrack also includes live filmed performances by Mark Padmore and the Nadine Lee Band, which were recorded on location during principal photography; the characters’ response to the music was real and spontaneous. This limited CD edition features liner notes by Gergely Hubai based on a new interview with the composer.