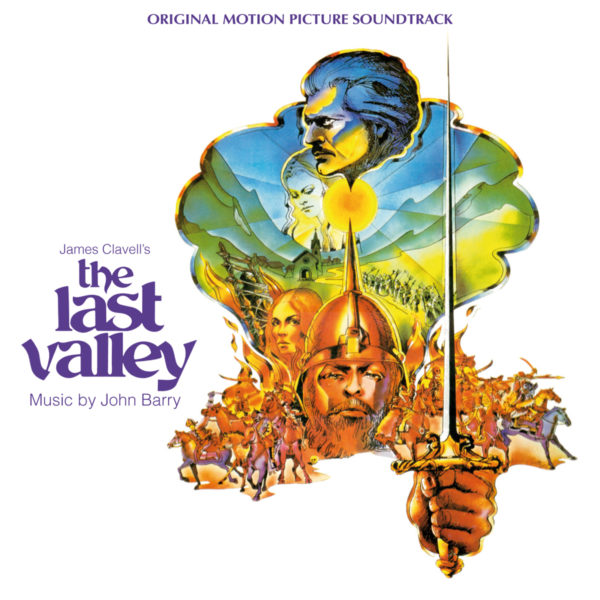 The Last Valley is a historical drama set during the Thirty Years’ War (1618–1648). It was directed by James Clavell in 1971. A mercenary soldier (Michael Caine) and a teacher (Omar Sharif), each fleeing the religious war in southern Germany, accidentally find the valley, untouched by the war, and live there in peace.

Following his historical success with The Lion in Winter in 1968, John Barry was a natural choice for this film. Followed the same year by Mary, Queen of Scots, and by Robin and Marian in 1976, the four films form an essential historical tetralogy in Barry’s career. In The Last Valley, the composer provides a score of thunderous orchestral power, aggressive action cues and haunting choral writing. The score remains one of the most valued and appreciated by his fans.

The album was originally released in 1972 by Dunhill Records, where the composer and record producer Phil Ramone reordered the material for a better listening experience, and incorporated music not heard in the final cut of the picture. That album was reissued on CD in 2007 by Intrada. (James Fitzpatrick produced an excellent recording of the complete score conducted by Nic Raine for Silva Screen in 2001.) For this new edition of the original LP tracks (the complete recording session recorded by John Richards at CTS sadly remains lost or destroyed.) Chris Malone has gone back to the original 2-track stereo tapes, courtesy of UMG, and remastered the album with a much improved and open sound, ensuring a more natural treble and a better low-end extension. The result is a new sound experience—the original score has never sounded so good. The CD is accompanied by a 16-page full-color booklet with detailed liner notes by John Takis.