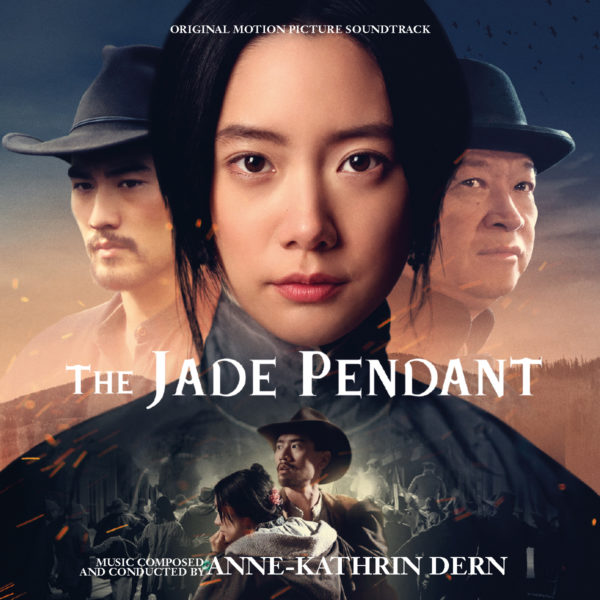 Quartet Records presents the CD release of the MovieScore Media digital release of The Jade Pendant, composed by Anne-Kathrin Dern, which was nominated for a Jerry Goldsmith Award, a Fimucité Award in the categories of Best Feature Film Score as well as a Hollywood Music in Media Award in the category of Best Original Score in an Independent Film. Directed by Po-Chih Leong, the film tells a tragic love story set against the lynching of 18 Chinese immigrants in Los Angeles, in 1871. Based on harrowing true events, the characters of The Jade Pendant find themselves in a conflict raging between Asian and American values, a central concept that is reflected in the score.

As composer Anne-Kathrin Dern explains, a symphonic approach was the only way to score such a moving story. “The Jade Pendant is a score that relies heavily on traditional film scoring values: lyrical themes and sweeping orchestrations. These are paired with both traditional Chinese influences and Americana to represent the immigrants in the New World. While highly dramatic at times, the score also has elegant romantic influences as well as strong action sequences.” The CD contains more than 50 minutes of this score that will surely delight fans of thematic scoring as well as fusion music involving exotic instruments brilliantly worked into the main tapestry of the orchestra.

The CD comes with a 8-page booklet, featuring exclusive liner notes by Gergely Hubai based on an original interview with the composer.