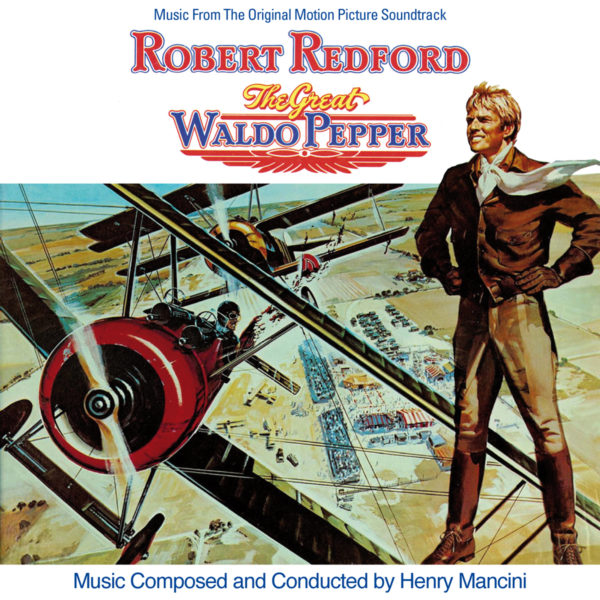 Premiere CD release of bright, luscious score by Henry Mancini (Hatari!, The Pink Panther, The Great Race, Santa Claus: the Movie) for a 1975 adventure-drama directed by George Roy Hill (Butch Cassidy and the Sundance Kid, The Sting). The film stars Robert Redford as a disaffected World War I veteran pilot who missed the opportunity to fly in combat; it is about his post-war sense of dislocation in the America of the early 1920s. The cast also includes Margot Kidder, Bo Svenson, Edward Herrmann and Susan Sarandon.

Henry Mancini turned out to be the perfect choice for the assignment, creating source music that worked cohesively with film, including a number of rousing marches in the style of John Philip Sousa and Karl King. Mancini also composed a beautiful theme about the passion of flying (“Free as a Bird”), waltzes, rags, festive music and music for player pianos in the classic style of silent films.

This Quartet Records CD features the entire original stereo LP from album masters preserved in mint condition by UMG. Fortunately, the album includes virtually all the music that appears in the film, this being one of Mancini’s shortest scores. Detailed liner notes by Jeff Bond complete the package for the first CD issue of this Mancini classic more than 40 years after it was written.