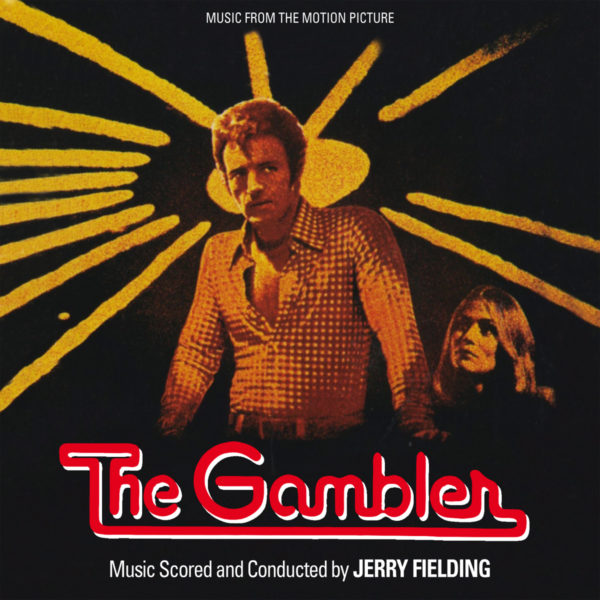 Quartet Records and Paramount Pictures are proud to present the world premiere release of Jerry Fielding’ masterful score for The Gambler.

Karel Reisz’s 1974 film The Gambler tells the story of Axel Freed (James Caan), a bright young literature professor with a severe gambling addiction who finds himself in deep water with the wrong people. As the film’s tagline puts it: “For $10,000 they break your arms. For $20,000 they break your legs. Axel Freed owes $44,000.” The narrative, which follows Axel as he careens from one crisis to the next, remains one of the most compelling and personal depictions of addiction ever committed to film—aided by an outstanding cast that includes Paul Sorvino, Lauren Hutton, Morris Carnovsky and Jacqueline Brookes.

One of The Gambler’s most praised assets is its powerful orchestral score from composer Jerry Fielding. The character of Axel Freed (like screenwriter James Toback, who modeled the role after himself) has a passion for the music of Austrian composer Gustav Mahler (1860–1911), whose work is regarded by many as the apotheosis of the late-Romantic period. Fielding based almost his entire score on Mahler’s classic “Symphony No. 1 in D major” (also extracting material from the controversial Blumine movement). The symphony provided a broad range of material to work with, from darkly brooding and turbulent passages to incredibly beautiful, songlike melodies. Fielding brought his own distinctive voice to several cues, and also provided a wide variety of original source music. The resulting score is a fascinating and totally unique experience, described by the critics as “elegantly oppressive” (The New Yorker), “brilliant” (New York Magazine) and “excellent, making the point that a contemporary urban drama can be underscored to great effect without tinny transistor radio source excerpts or mickey-mouse rock riffs” (Variety).

This album represents the first release of the complete score that Fielding conceived for the film. (A suite of 20 minutes was previously released by Bay Cities on a 1992 album, part of a series dedicated to Fielding’s work.) For this edition, which runs 78 minutes, Quartet had access to tapes containing the recording sessions in stereo, vaulted in good condition in the Jerry Fielding collection at Brigham Young University (BYU). The package includes a 20-page full-color booklet, with liner notes and a track-by-track analysis by John Takis.