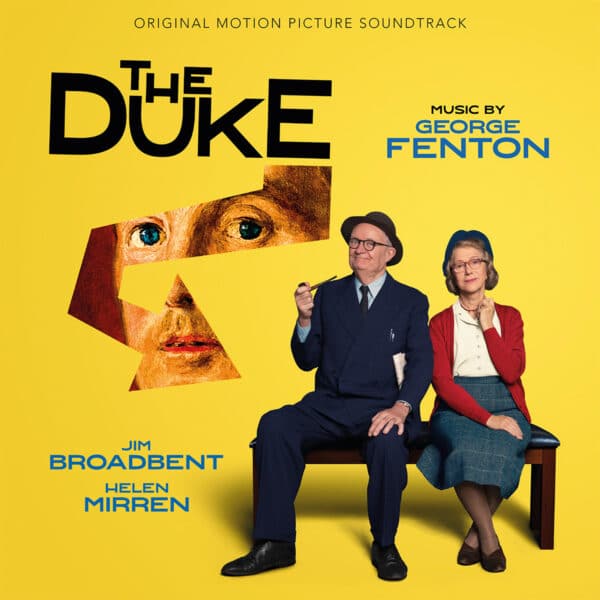 In 1961, Kempton Bunton, a 60 year old taxi driver, steals Goya’s portrait of the Duke of Wellington from the National Gallery in London.

The five time Academy Award-nominated composer George Fenton has been writing for the cinema for more than 40 years. For some, he is known for his powerful political biopics, such as Gandhi and Cry Freedom; for others, he is the man behind the spirited music of comedies like Groundhog Day and You’ve Got Mail, or the sensually charged Dangerous Liaisons and Final Analysis. Over his career, his list of regular collaborators include Richard Attenborough, Neil Jordan, Ken Loach, Terry Gilliam, Stephen Frears and Andy Tennant. In the field of television, Fenton had scored most of the classic David Attenborough documentaries, such as Blue Planet and Planet Earth, which had also been turned into successful concert series. MovieScore Media released Fenton’s score for Trevor Nunn’s Red Joan (2019) starring Dame Judi Dench and Sophie Cookson.

In words of the composer “I was a child when the story told in The Duke actually happened, even though I can’t remember it. However, working on the film I frequently thought ‘there aren’t enough Kempton Buntons around now’ in any walk of life including my own – music. The wonderful eccentricity of the man against the backdrop of sixties Britain – so beautifully drawn in Roger Michell’s film. I tried to reflect that as well as the period and the social context in the sound of the score. It feels like an era of comparative simplicity and innocence. The story though is shot through with its own regrets about things unresolved and it’s that which finally lies at the heart of the film. I hope that comes through in the music too. We definitely need more Kempton Buntons and hopefully for me more films like The Duke.”