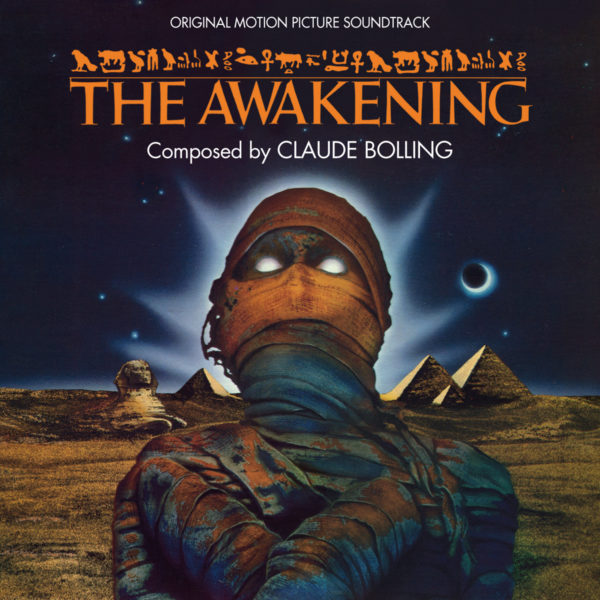 Quartet Records and Studio Canal present the CD release of Claude Bolling’s classy, masterful orchestral score for The Awakening (1980, directed by Mike Newell). Starring Charlton Heston and Susannah York, the film is about an archeologist who discovers his daughter is possessed by the spirit of an Egyptian monarch, Queen Kara. To save mankind he must destroy her.

Claude Bolling creates an intense atmosphere with colorful orchestration, subtle motives, a beautiful love theme and the unforgettable “Queen Kara” theme—all demonstrating his ability to meet any musical challenge. The score is brilliantly performed by The London Studio Orchestra under the baton of Marcus Dods.

The Awakening was originally released on LP by Entr’acte Records in 1980, and in more complete form on CD as part of the Frémeaux box set “American Films by Claude Bolling,” but this edition, at the composer’s request, omitted the initial version of “Queen Kara” that appears during the main titles, with the tune played on a shawm (an Arabic oboe). We have included this cue at the end of our album, taken from the original session recording, in order to offer a more complete and comprehensive release of this amazing score.

Produced by Stéphane Lerouge, who also provides authoritative liner notes, the album has been mastered at Art & Son Studios in Paris under the supervision of the composer. The package includes a 12-page full-color booklet.