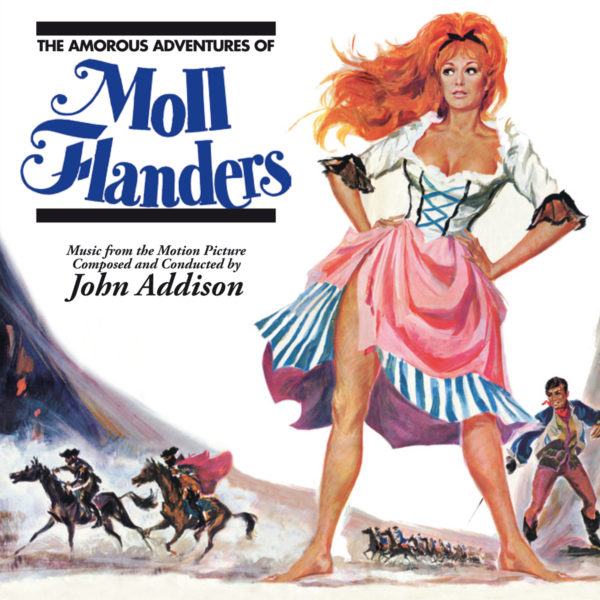 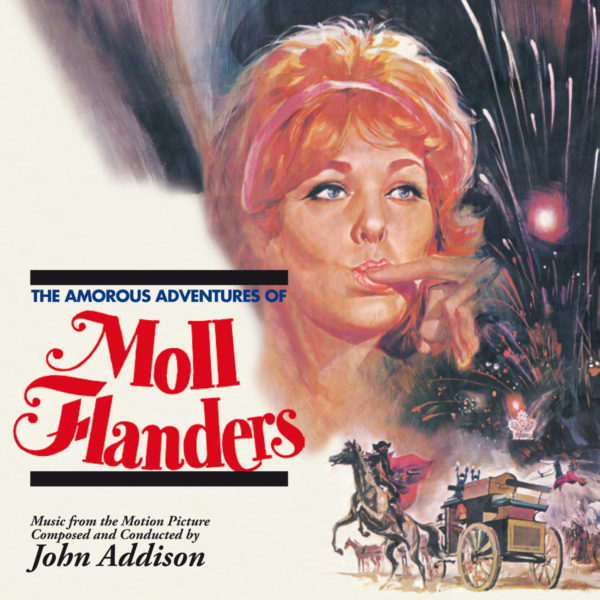 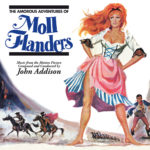 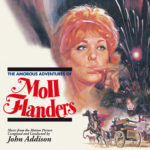 The Amorous Adventures of Moll Flanders

Marcel Hellman’s 1965 production of The Amorous Adventures of Moll Flanders was, like the 1963 Best Picture winner, Tom Jones, based on a well-known piece of 18th-century English literature. But in spite of a mostly A-list cast that included Kim Novak, Angela Lansbury, George Sanders, Vittorio De Sica and Richard Johnson, the film failed to garner much critical or popular success. Directed by Terence Young (who had recently helmed the first two James Bond pictures), Moll Flanders was a well-crafted and luxuriantly mounted production that fell short of expectations.

The only carry-over from Tom Jones (other than actor High Griffith in a secondary role) was the composer. John Addison had recently won an Oscar for his Jones score, and he applied the same combination of wit and heart to his music for Moll Flanders. A classically trained composer, Addison merged appropriate period flavor with a contemporary sensibility and a wonderful feel for comedy. As one reviewer put it, he managed to make “entertaining bedfellows of the harpsichord and saxophone.” The same writer described Addison’s principal melodic idea for the film (“Lovely as She”) as “a soaring and romantic theme which would not disgrace Max Steiner.”

Quartet Records, in collaboration with Paramount Pictures, is pleased to present the score for The Amorous Adventures of Moll Flanders for the first time ever on CD, sourced from the first generation master tapes used for the long out-of print RCA album. The LP assembly was created by John Addison himself with his usual good taste—and includes music that was not heard in the film. The package includes a 16-page booklet, generously illustrated with film stills, with notes on the film and score by Frank K. DeWald.

Although the film is not especially well-known, Addison’s music is sure to delight fans of delectable melody and spirited comedy –whether they’ve seen the picture or not. Get to know Moll Flanders– she will capture your heart from first measure to last.