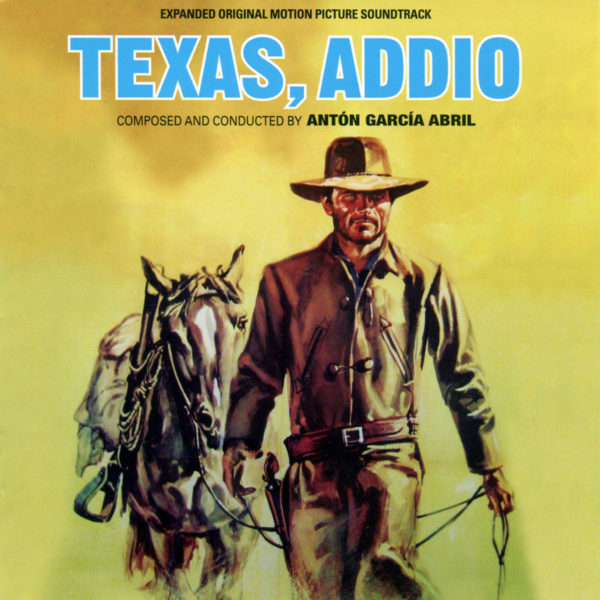 Texas, Addio (1966) stars Franco Nero as Burt Sullivan, an American Sheriff who crosses the border to Mexico in order to settle an old score with a ruthless landowner. When it turns out that Burt’s kid brother Jim is related to his nemesis, the Sheriff must re-calculate his plans. Released in the wake of the extremely bloody Django, every producer tried to capitalize on Nero’s sudden fame and several movies were hailed as sequels or spiritual successors of the first movie (even though a real sequel wasn’t made until 1987). Among its peers, Texas, addio is among the more distinguished films to make this claim – but while the story is quite good, it is surprisingly tame by Django standards.

The music by Spanish composer Antón García Abril is built around the theme song by Don Powell, whose ballad sings about the background of the Sullivan family and the tragedy that struck them. Variations of the theme a cleverly used in the score, including a mellow romantic take for the family and a heroic version for the trek. The other strength of the score is the lively source music, including solo guitar pieces and mariachi tunes. Abril understands the rules of the sub-genre and provides what may arguably be the best Italo-Western score done by a non-Italian composer – had it appeared in a stronger movie, it may be better known today!

The score has been released twice on CD, but the Japanese CD by King Records and the Italian CD by Screen Trax had slightly different contents and the programs were rather different (even the track titles didn’t match). A real fan had to get both releases to get the full picture – until now. Our new release, carefully mastered by Claudio Fuiano, provides all the music from the previous CDs plus a little bit more, offering the most complete presentation of the score that’s possible at this point. The package includes liner notes by Gergely Hubai discuss the film and the score and guides you through some of the backstage politics of scoring Italian/Spanish co-productions in the 1960s.