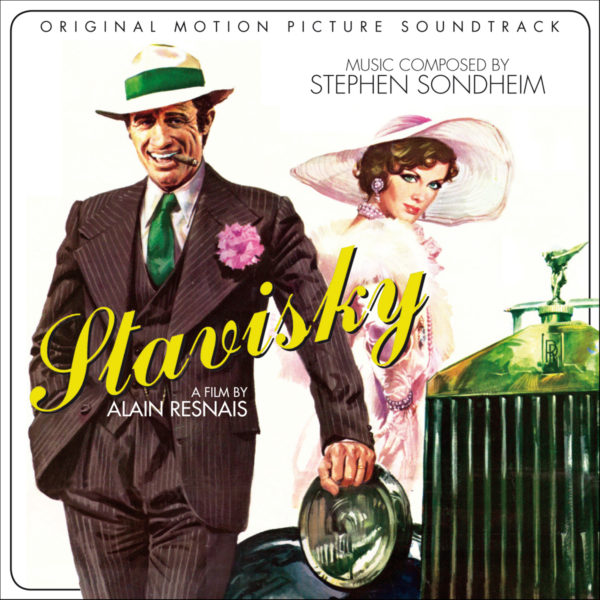 The plot centers on an irresistibly charming and talented small-time swindler, Serge Alexandre (alias Stavisky) who befriends some of the most influential members of the French industrial and political elite during the early 1930s. But nothing lasts forever, and when his great scam involving hundreds of millions of francs is exposed, the result is an unprecedented scandal that leads to political upheaval and almost causes a civil war.

The film is also famous for being the only full-orchestra score composed by Stephen Sondheim, one of the most important and recognized figures on the Broadway musical scene. Although he has composed songs and themes for other movies (Reds, Dick Tracy, The Birdcage), Stavisky is his only full-length film score. The music, brilliantly orchestrated by Jonathan Tunick, has a chamber orchestra-like texture and resists any grand symphonic gestures or climaxes. It features numerous waltzes as well as two delightful period pastiches.

The soundtrack album of Stavisky was released by C.A.M in Italy, and licensed to Polydor in France and RCA in the U.S.A. Subsequently, C.A.M released the CD edition twice, but only with the album program. For this new edition, mastered by Claudio Fuiano, we went back to the first-generation master tapes, courtesy of Gruppo Sugar, and offer the remastered album plus 20 minutes of previously unreleased tracks, having now the most complete edition of this distinguished score.  The CD package includes a 16-page full-color booklet with detailed liner notes by Frank K. DeWald.