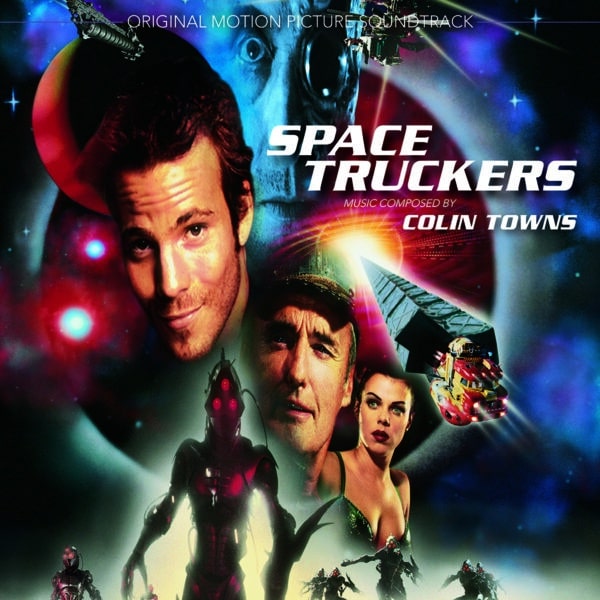 The film is an outer space road movie starring Dennis Hopper, Stephen Dorff, Debi Mazar and Charles Dance. Independent space trucker John Canyon, his reluctant waitress-turned-bride, Cindy, and up-and-coming company trucker Mike carry a shipment of sex dolls which turn out to be quite deadly, especially in the hands of disgraced scientist-turned-space-pirate Captain Macanudo, who wants to use them to settle an old score.

The score by Colin Towns plays like a crossover between a road movie and a space opera, featuring the powerhouse performance of the Munich Symphony Orchestra with some country and bluegrass interludes to represent the trucking aspect of the film. A special mention must be made of Phil Todd’s alto saxophone solos that lend some class to Charles Dance’s romantic scenes. And, of course, as with most Stuart Gordon movies, the film can go into crazy overdrive—just as we can expect from the director of RE-ANIMATOR.

The CD release features liner notes by Gergely Hubai discussing the film and score, based on a new interview with the composer.