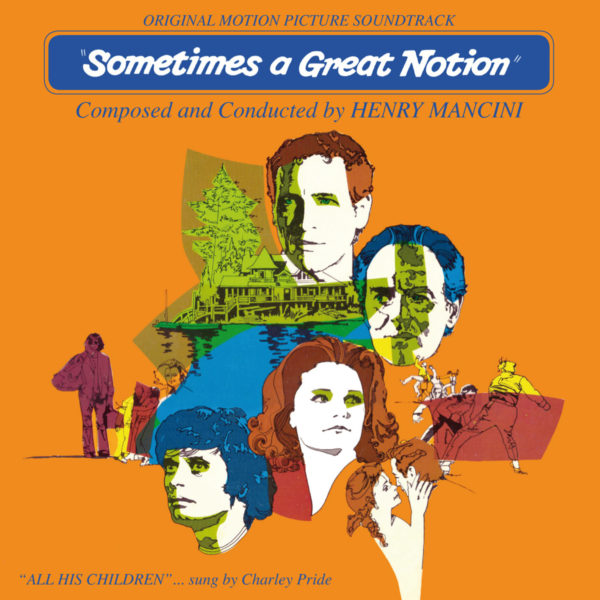 Sometimes a Great Notion was the first collaboration between Paul Newman and Henry Mancini. The two friends would work together on three more films (The Shadow Box, Harry & Son and The Glass Menagerie). A common factor among all scores Mancini wrote for Newman was the actor/director’s preference for different musical styles (jazz, country, blues) that were far from conventional underscore. Country-western and Cajun are the main sounds explored by Mancini in this score, including the beautiful ballad “All His Children” (with lyrics by Alan and Marilyn Bergman), performed by Charley Pride.

This CD contains the album prepared by Mancini for MCA in 1971, which includes almost all the score recorded for the film (only one 90-second cue was omitted). Sadly,  no master tapes have surfaced from any previous souce, including the MCA vaults. Audio was restored and mastered by Chris Malone from virgin copies of the vinyl release, courtesy of UMG; the 12-page full-color package includes detailed liner notes by John Takis and an essay written by producer John Foreman for the original LP.