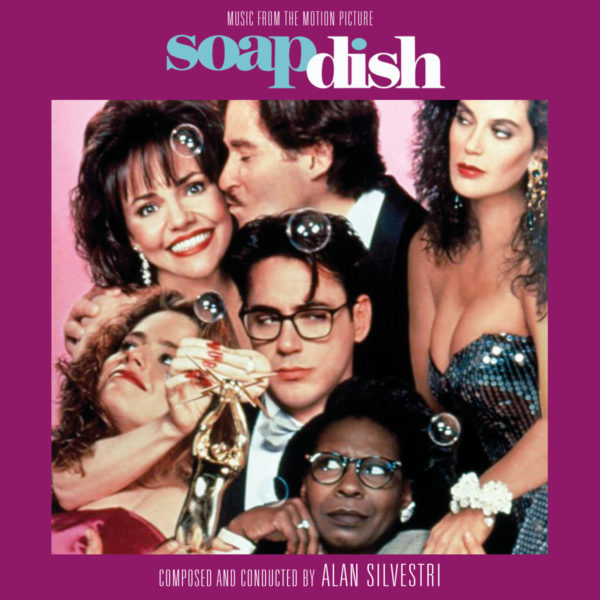 Alan Silvestri’s fully orchestral work provides one of his most elaborate and memorable comedy scores. It gives a fresh, dynamic sound to the film, dominated by Caribbean rhythms – including a beautiful love theme, some action music, ironic suspense cues and fanfares for TV awards.

Soapdish was originally released by Varese Sarabande in 1991, but our edition is about double the length of that previous album. It includes everything Silvestri composed and recorded for the film, presented in film order and fully remastered from the original recording sources provided by Paramount Pictures. The package includes a 12-page full-color booklet with liner notes by Andy Dursin.