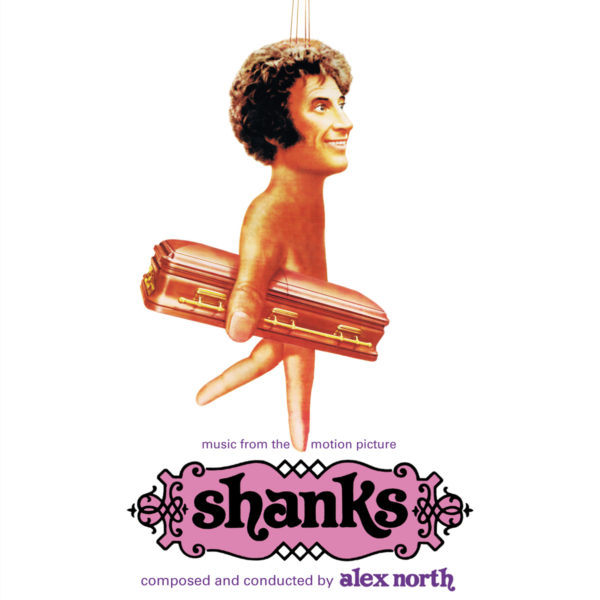 Alex North was one of Hollywood’s most versatile and renowned composers, with many familiar and justly celebrated scores to his credit (Spartacus, A Streetcar Named Desire et al). However, our latest Quartet Records release, in collaboration with Paramount Pictures, sheds light on an unfamiliar corner of the composer’s work: Shanks (1974).

Produced by the composer’s son, Steven North, Shanks was the last film directed by William Castle, and the only feature to star celebrated French mime artist Marcel Marceau. Virtually unknown today, the film defies categorization: part fairy tale, part silent movie, part comedy, part horror flick. Marceau plays Malcolm Shanks, a deaf-mute puppeteer whose work for an eccentric old inventor (also portrayed by Marceau) leads to some of the most bizarre scenes in any Castle film. Like the film, North’s score is a genre-bending enigma—a profusion of styles in which early 20th-century musical expressionism rubs shoulders with Dixieland, and classic horror picture tropes coexist with passages of tenderhearted lyricism.

Well over an hour in length, North’s score was brilliantly orchestrated by Henry Brant for two different ensembles (one comprised mostly of winds and the other consisting primarily of strings). It includes a jaunty theme for Malcolm and a sweetly gentle melody for his friend Celia. Both humor and pathos can be found in the music, as well as passages of unnerving suspense.

We are delighted to finally release a true gem—one of the least-known works of Alex North. This unusual score was awarded a well-deserved Oscar nomination for Best Original Dramatic Score in 1974.

This premiere CD release of Alex North’s complete score for Shanks, mastered from ¼″ monaural tapes housed in the Alex North collection in the Margaret Herrick Library at the Academy of Motion Picture Arts and Sciences, features a 12-page booklet with notes by Frank K. DeWald and numerous film stills.