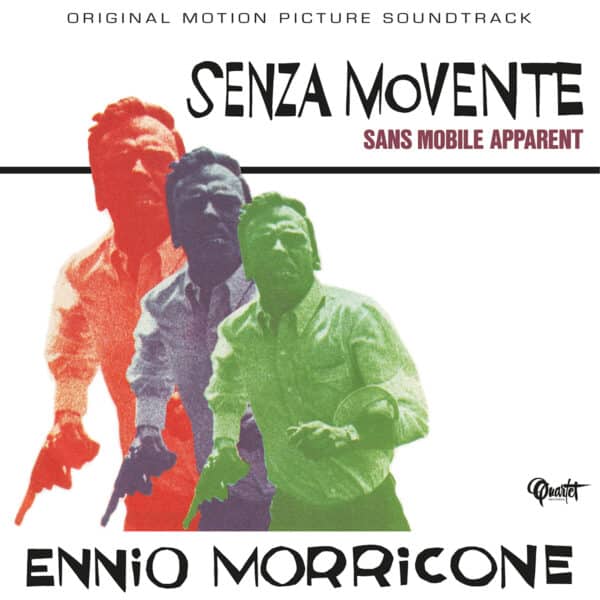 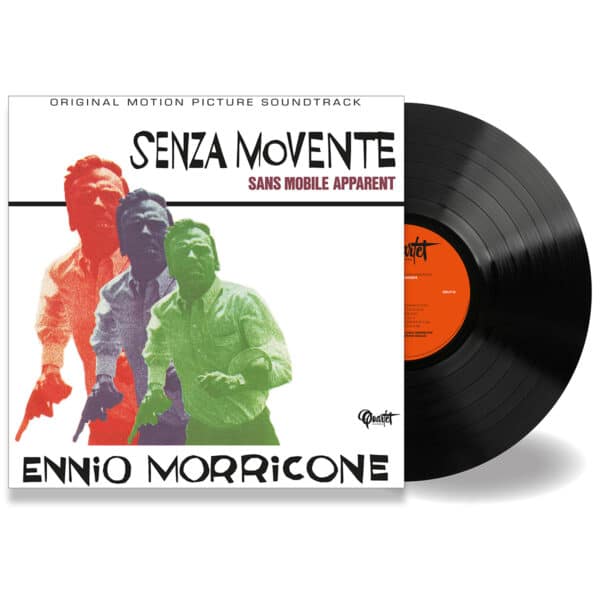 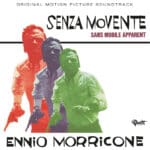 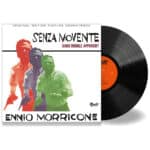 Quartet Records and GDM present the first vinyl edition of the killer Ennio Morricone score for SENZA MOVENTE (aka SANS MOBILE APPARENT), a 1971 French crime thriller about an investigator (Jean-Louis Trintignant) looking into the murders of seemingly unrelated people, all shot down by a mysterious assassin.

Morricone’s score perfectly captures the paranoia taking over the French Riviera with an eerie main theme adorned with the whistling of Alessandro Alessandroni and a distinctive mellophone solo by Maria Verzella. An excellent, innovative cult 70s thriller score beloved by DJs and a personal favorite of the pop band Air and Sofia Coppola, SENZA MOVENTE offers tuneful diversions for the investigation, including two powerful montage cues which appear in the film with no overlapping dialogue or effects.

This LP has been restored and specially mastered for vinyl by Chris Malone from the original stereo master tapes, and supervised by Claudio Fuiano. It’s pressed on 180 GM audiophile black vinyl and strictly limited to 300 units.