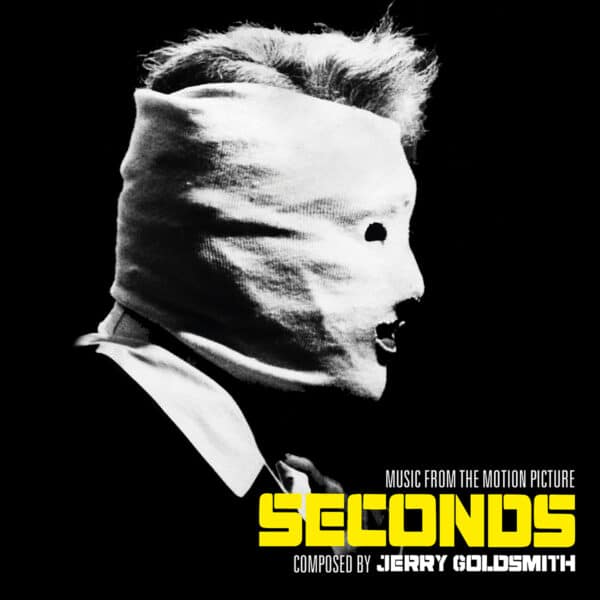 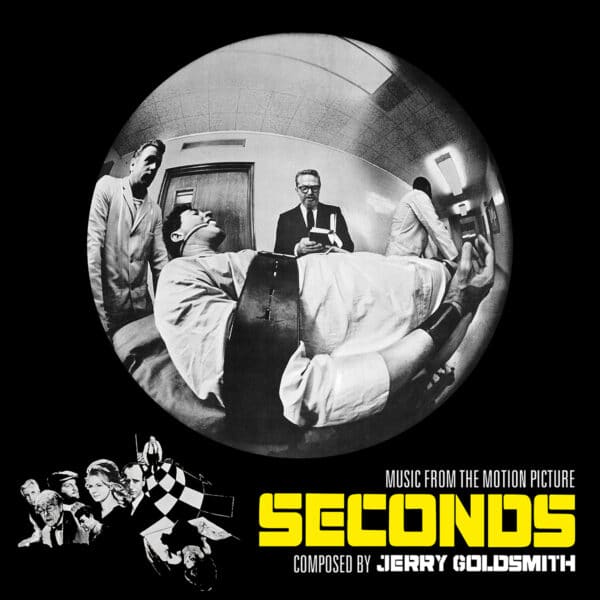 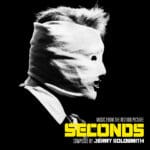 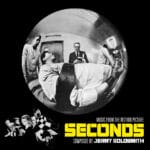 SECONDS starred Rock Hudson – in an astonishing change of pace, as the film campaign ads said – as an unhappy middle-aged banker who agrees to a procedure that will fake his death and give him a completely new look and identity. But it comes with its own price.

Jerry Goldsmith’s fascinating score take us on a musical journey through one of his finest works, building on the psychological complexity of scores such as FREUD and his work on THE TWILIGHT ZONE while anticipating the effective contrast of sacred and profane on future projects such as his OMEN trilogy.

The soundtrack of SECONDS was released 13 years ago on La-La Land Records, paired with the Goldsmith score for I.Q. Mono music stems were the only source available at the time, and they remain so today since the session masters are gone. But thanks to new technology that has appeared in the intervening decade, this new edition –produced, restored and mastered by Chris Malone – has been significantly improved, eliminating all dialogue bleed and other defects inherent in the sources, as well as allowing us the opportunity to present all score cues as heard in the film.

In addition to the original score, we have included as bonus material the source music for the long cocktail sequence, which was specifically recorded for the film and conducted by Goldsmith – including a source piece by the master himself.