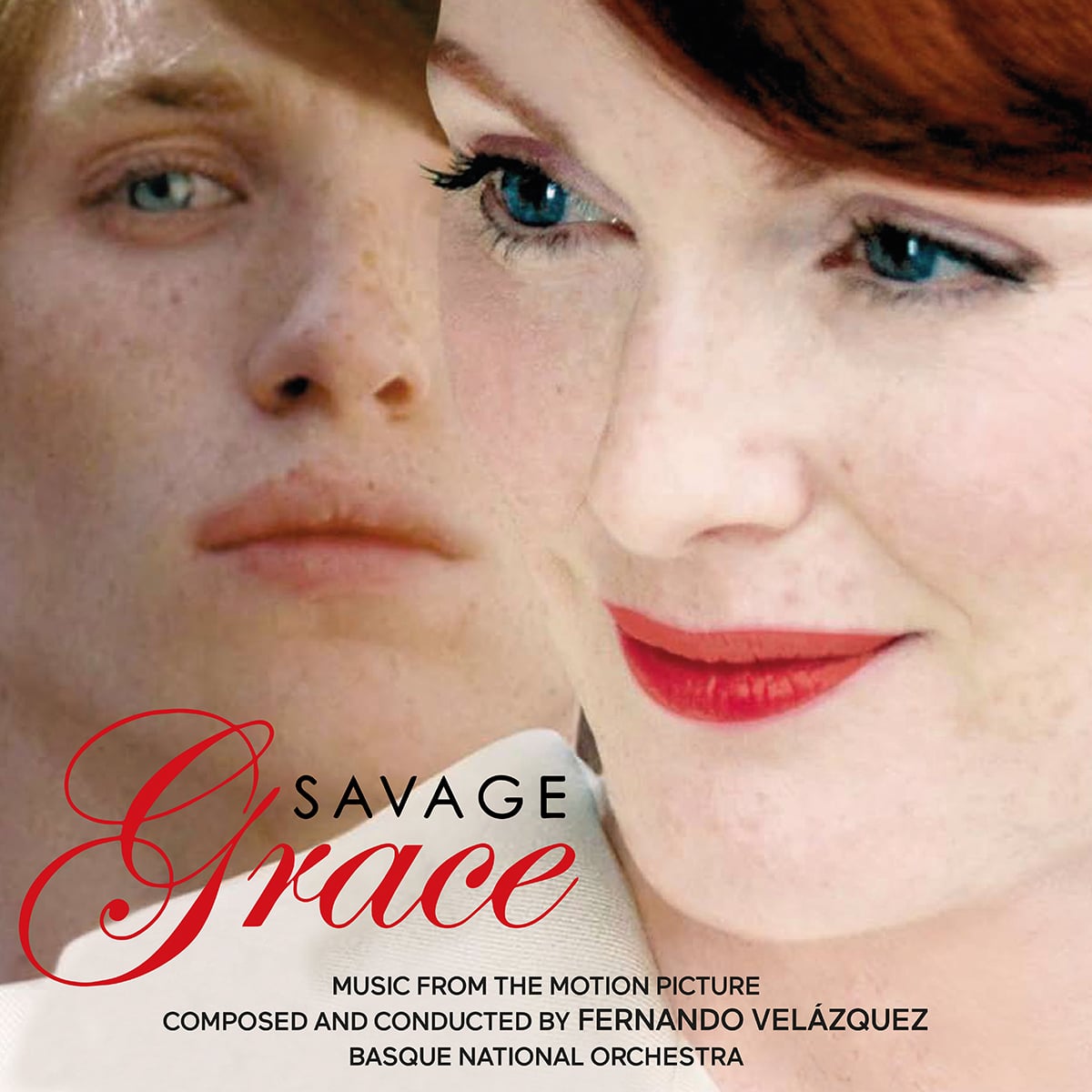 Quartet Records is proud to present a brand new recording of one of the very first scores by Fernando Velázquez, composed right after THE ORPHANAGE in 2007.

SAVAGE GRACE was a bizarre film directed by Tom Kallin and starring Academy Award winners Julianne Moore and Eddie Redmaine, and it tells the true story of the beautiful and charismatic but mentally unstable Barbara Daly, who married above her class to Brooks Baekeland, heir to the Bakelite plastics fortune. Their only child is a failure in his father’s eyes, and as he matures and becomes increasingly close to his alienated mother, the seeds for tragedy are sown.

In spite of being one of the composer’s favorite scores, from one of his most creative periods, the album was never released in part due to an unfortunate and problematic recording, which had to be produced quickly for budget reasons. Velázquez was never happy with the result, so that’s why we have decided to record it again—respecting the original orchestrations—this time with the Basque National Orchestra under the baton of the composer. The music is intensely romantic and bittersweet, with echoes of Impressionism and jazz.

The album also includes the original music composed by Fernando Velázquez for the theatre show THE SERVANT, by Harold Pinter, and also performed by the Basque National Orchestra.

Recorded by Marc Blanes and mastered by Chris Malone, the package includes an in-depth essay by film music writer Daniel Schweiger, including exclusive interviews with Tom Kallin and Fernando Velázquez.

Also includes the music for the theater show THE SERVANT