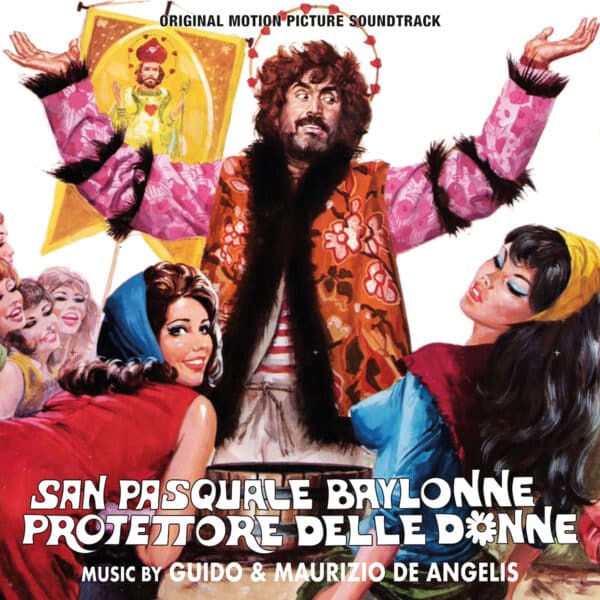 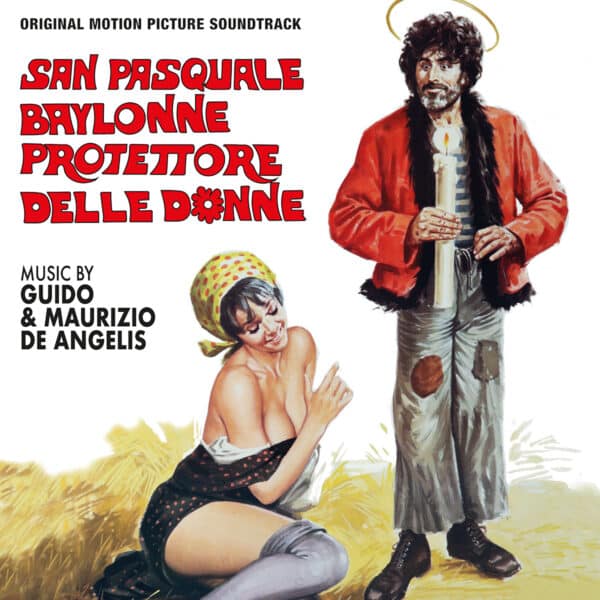 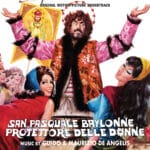 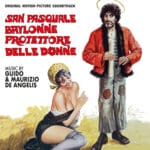 The film, directed by Luigi Filippo D’Amico, follows petty criminal Giuseppe Cicerchia (Buzzanca) who can’t catch a break following separation from his wife, Iolanda. That is, until he moves to the isolated mountain town of Busolone, where the crafty con man finds the recipe for success…

The score by the De Angelis brothers is almost a musical sequel to their score for PER LA GRAZIA RICEVUTA (1971), a film with which SAN PASQUALE BAYLLONE has much in common. A folk/pop hybrid approach characterizes the whole score, mixed with the brothers’ indisputable gift for melody and lovely, heart-warming tunes. A religiously inspired, folksy waltz serves as the main theme.

Mastered by Claudio Fuiano from stereo session master tapes provided by Gruppo Sugar, the CD comes in a richly illustrated package featuring liner notes by Gergely Hubai that cover both the film and score.