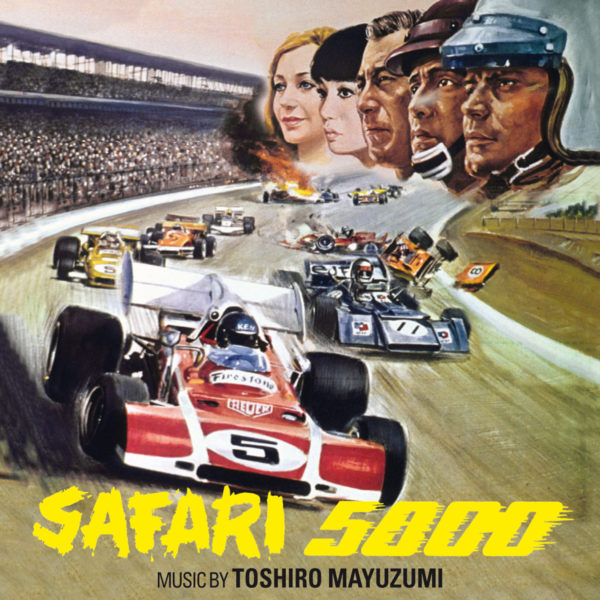 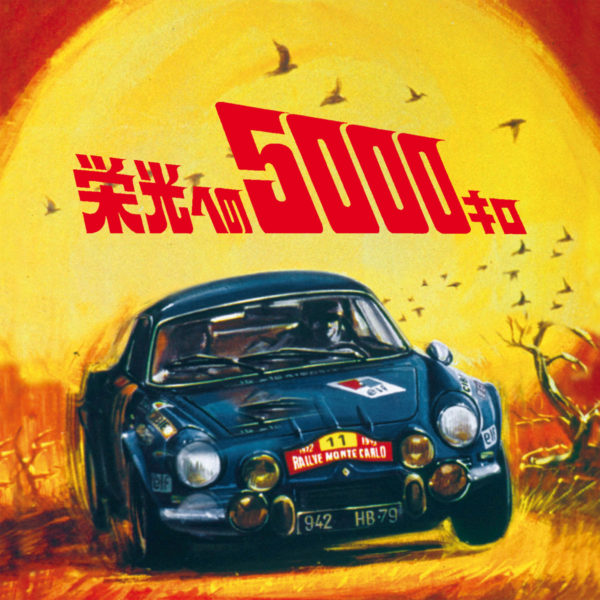 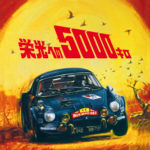 The film, directed by Koreyoshi Kurahara, is about racecar drivers competing in a deadly rally in Africa. Starring Yûjirô Ishihara in the leading role, the film was inspired by John Frankenheimer’s Grand Prix and features a similarly epic storyline spanning continents and featuring real footage from an actual rally. The movie was the top grossing movie of Japan in 1969, then it completely disappeared from the face of the Earth due to some legal issues. Only uncovered a few years ago on Blu-Ray, the film is not only magnificent to look at, it’s also great magnificent to listen to!

Japanese composer Toshiro Mayuzumi may be best-known for writing the Oscar-nominated score for John Huston’s The Bible: In the Beginning… (1966), but he has many other scores that are waiting to be discovered in studio archives. His work on Safari 5000 may be one of the best Italian-style film score not written by an Italian, featuring a wonderful, heroic theme for Yûjirô Ishihara’s driver character. Though it takes places in the 1960s, the film is occasionally scored like a traditional Italo-Western, including whistling and a choral performance of the main theme!

This is a premiere presentation of the score which hasn’t been released in any form until now, beatifully mastered by Claudio Fuiano from the original stereo mastertapes, courtesy of Gruppo Sugar. The richly illustrated 8-page booklet features liner notes by Gergely Hubai who discusses this rarely seen film and shares his insights about the music.