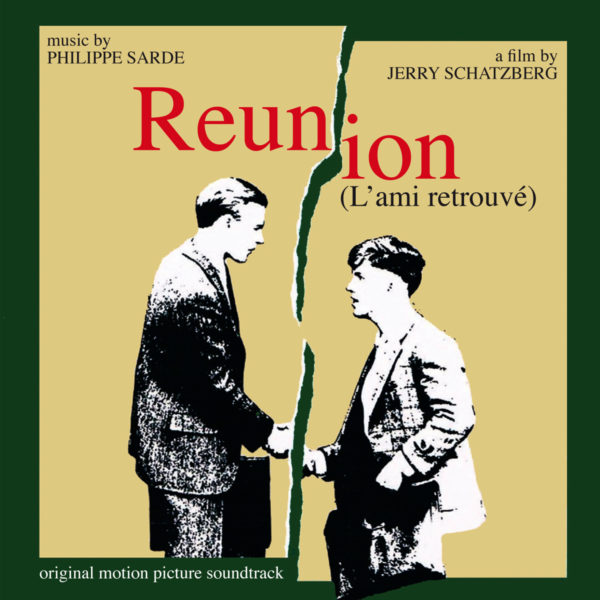 Composer and director collaborated for the first time in 1984 on the film Misunderstood, starring Gene Hackman and Henry “E.T.” Elliot. Based on a novel by Florence Montgomery, the story was adapted for cinema first in 1967 as the film Incompreso, directed by Luigi Comencini. Set in Tunisia, the plot concerns an often-absent father who must take care of his two boys after his wife dies. The older boy is handling the difficult changes much better than the younger one.

Philippe Sarde composed one of his absolutes masterpieces (and the inspiration for future projects) for Misunderstood – a surprising blend of Jewish music, North African influences and American country music. Unfortunately, the film was not well received in its first screenings, and the producers decided to change not only the editing and some parts of the film (including the finale), but also to replace the entire score. For Jerry Schatzberg this was a disappointment, but he kept his desire to continue working with Sarde.

The perfect opportunity came only five years later with the beautiful film Reunion (aka L’ami retrouvé). Written by Harold Pinter from the novel by Fred Uhlman and starring Jason Robards, it tells the story of two young boys from very different backgrounds who become friends in 1933 Stuttgart. They don’t realize how different they are, however, until much later. One is the son of a well-to-do Jewish doctor and the other the son of a German aristocrat, and after the election of Hitler things change as anti-Semitism gains favor. The core of the film deals with that era, but the film eventually segues to the present as the Jewish man returns to his boyhood home and seeks out his old friend … with some surprises.

The short but effective score was prepared by Sarde with great dedication and inspiration, It features a kind of ironic German march with echoes of jazz (the score was performed by the orchestra of Lester Bowie), and also a very emotional theme dedicated to the boys’ friendship.

Both scores now appear together as testimony to a brief but essential collaboration in the filmography of Philippe Sarde, with all the music recorded for Reunion, and the rejected score for Misunderstood transformed into an imaginary ballet with the title “Childhood Suite.” The program has been brilliantly assembled and produced by Edouard Dubois, mastered by Jean-Pierre Chalbos and supervised by the composer. The package includes a 16-page full-color booklet with liner notes by Stéphane Lerouge and Christian Lauliac that include exclusive interviews with Jerry Schatzberg and Philippe Sarde.