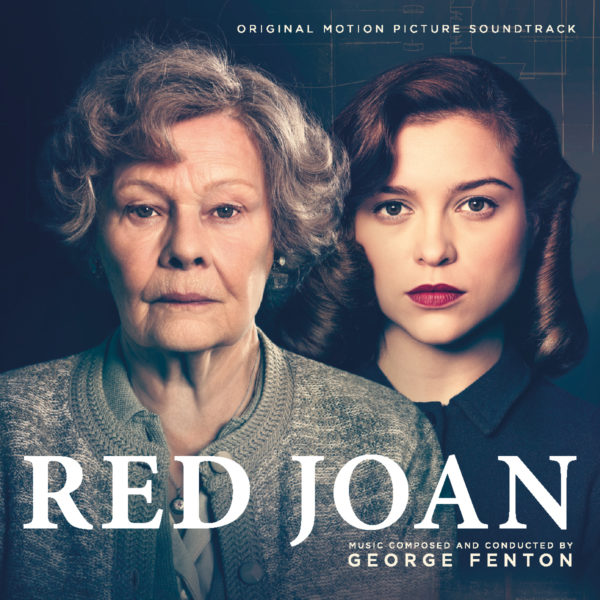 Starring Academy Award winner Dame Judi Dench, the film is directed by legendary theatrical director Trevor Nunn (whose Lady Jane is also available from Quartet Records). Red Joan is based on Jennie Rooney’s novel of the same name, which in turn was inspired by the real life of Melita Norwood. The film tells the story of Joan Stanley (Dench), who finds herself in the middle of an investigation for spying and treason. The flashbacks to her younger days (where she is played by Sophie Cookson) slowly reveal how she got involved in espionage through the machinations of the charming Max (played by Stephen Campbell Moore).

The score by five-time Academy Award-nominated composer George Fenton balances between Joan’s past and present, finding a tonal language that sits well with the story of Joan in the 1930s without losing the sense of the story being told and remembered by the older Joan. Created as a balance between the immediacy of young Joan’s experience and old Joan’s recollections, it is an expertly woven thriller score with a handful of intimate, emotional cues reflecting on Joan’s relationship with Max.

The package includes an 8-page booklet featuring liner notes by Gergely Hubai, whose discussion of film and score is based on an original interview with George Fenton.