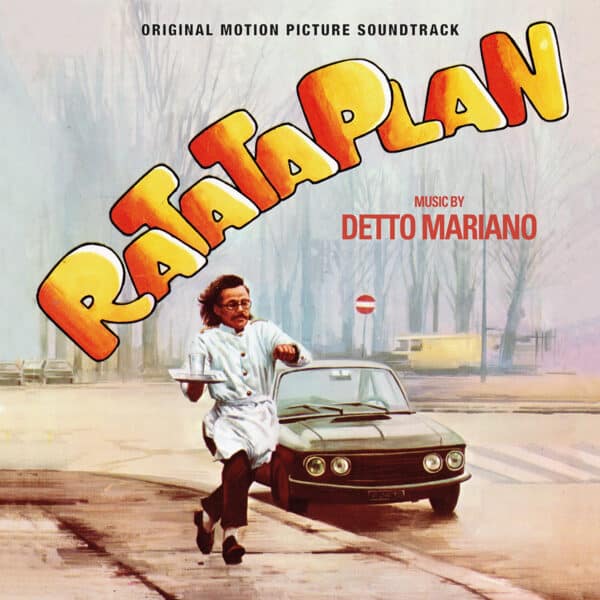 The film was written and directed by Maurizio Nichetti, whose specialization was pantomime acting and who also stars in the film. The wordless movie stars Nichetti as Colombo, an engineer who is known for coming up with unusual solutions to problems. In a number of colorful vignettes, we see him invent brilliant contraptions such as a breakfast machine, the secret of eternal life and even a dancing robot.

The score composed by Detto Mariano is as colorful as Colombo’s inventions. The main theme is a vocal duet, reflecting on the film’s optimistic message that even an oddball like our hero can find a mate. Colorful source cues for the flats around Colombo’s loft are augmented with great music for the film’s memorable set pieces, including a theatrical performance where a cardboard piano comes to life and a couple of infectious disco songs to which the dancing robot can jam.

CAM released a 33-minute LP in 1979; for this edition, we have expanded the program to offer the complete score (45 minutes). Mastered by Claudio Fuiano from stereo session master tapes provided by Gruppo Sugar, this new release comes in a richly illustrated package featuring liner notes by Gergely Hubai that discuss both film and score.