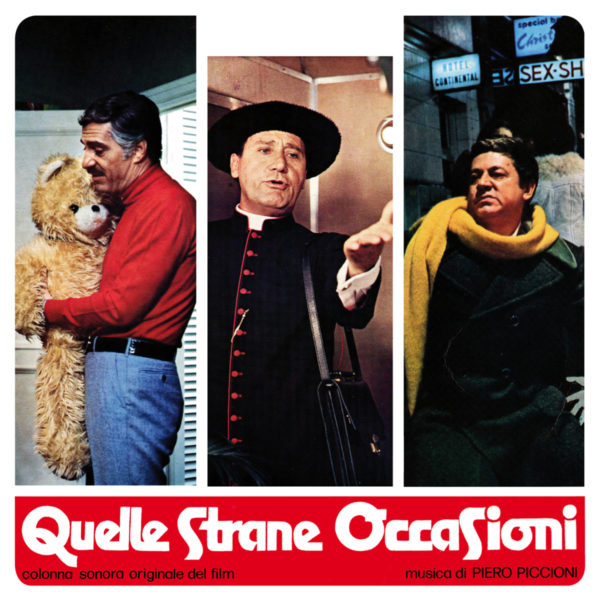 The colorful score is provided by Piero Piccioni, who wrote individual themes for each episode and created a separate score for each story. “Italian Superman” offers a mock superhero theme in addition to goofy source music for the stage show, whereas “The Swedish Horse” offers two haunting lyrical themes for the protagonist. “The Elevator” largely relies on colorful diegetic music that breaks down the social barriers between the two main characters.

This new 2-CD recreates the original LP program on Disc 1, while Disc 2 contains over an hour’s worth of previously unreleased material, including the complete session masters with film takes, alternate versions and outtakes, all carefully restored and mastered by Claudio Fuiano. The 12-page full color booklet includes exclusive liner notes by Gergely Hubai about the genre, the film, the actors and, of course, the music.