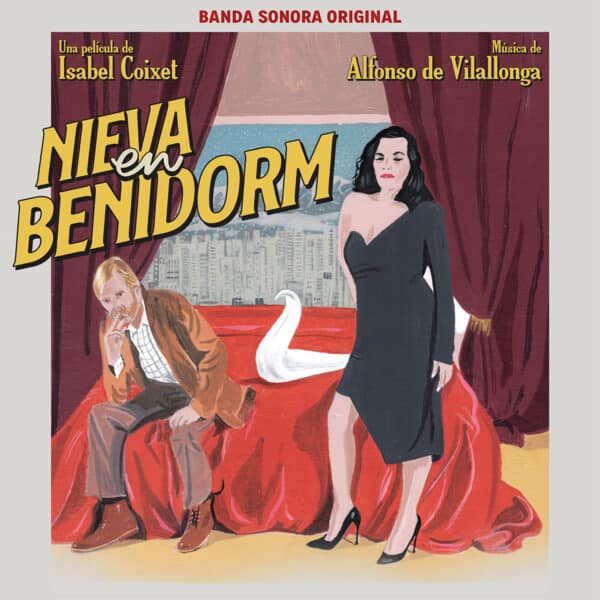 Quartet Records and El Deseo present the original soundtrack of Alfonso de Vilallonga’s score for Isabel Coixet’s new film, NIEVA EN BENIDORM, starring Timothy Spall, Sarita Clouhdury, Carmen Machi and Ana Torrent, and produced by Pedro and Agustín Almodóvar. The film is about Peter Riordan (Spall), a lonely, maniacal and methodical man, obsessed with the weather. When he’s given early retirement at the Manchester bank where he has worked all his life, he decides to visit his brother, Daniel, who lives in Benidorm. When he arrives in the town, he discovers that his brother has disappeared and that he was the owner of a burlesque club. Peter tries to find out what happened to his brother, helped by a mysterious woman and a policeman obsessed with the presence of poetess Sylvia Plath in the 1950s in Benidorm.

The music by Coixet’s usual collaborator, Alfonso de Vilallonga (winner of a Goya award for the soundtrack of BLANCANIEVES), is beautiful and fragile, romantic and dramatic, performed by a chamber orchestra augmented with exotic instruments such as the duduk.