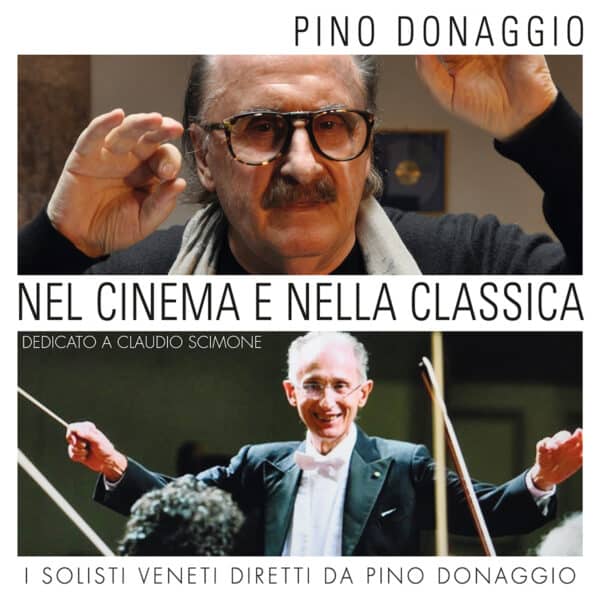 Following the success of our previous album together, CANZONI PER IL CINEMA, Quartet Records collaborates once again with maestro Pino Donaggio on an album that brings together some of his most beautiful classical works outside of cinema, as well as special arrangements featuring three of his most beloved scores.

Recorded with the prestigious chamber music group I SOLISTI VENETI, under the baton of Donaggio himself (the first time that he has conducted a recording of his own music), NEL CINEMA E NELLA CLASSICA presents the premiere of his beautiful, Concerto per viola e archi (Concerto for Viola and Strings) as well as the chamber pieces “Effetto notte” and “Rimembranza.”

The album also includes a symphonic version of his evergreen song “Come Sinfonia,” immortalized by Mina and included in Almodóvar’s most recent film, DOLOR Y GLORIA, the “New York Suite” that brings together a new arrangement of his famous themes for CARRIE and BLOW OUT, and the premiere of the main title written for THE FAN.

The album is a tribute by Pino Donaggio to his mentor, famed conductor Claudio Scimone, who passed away in 2018.