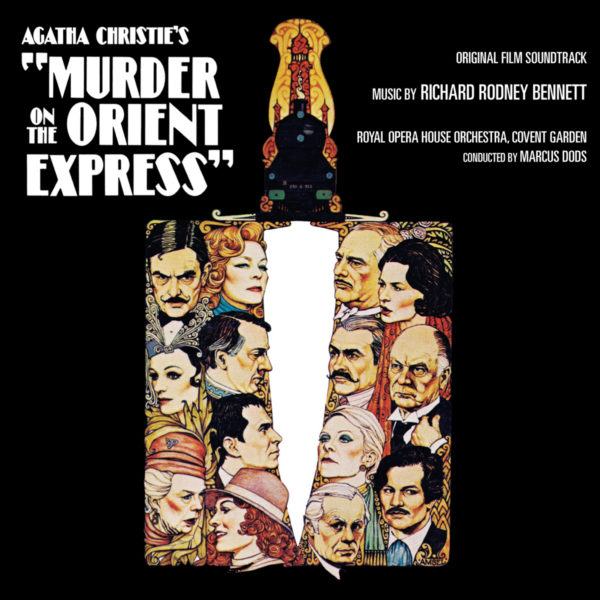 Murder on the Orient Express

To this day, Murder on the Orient Express (1974) is one of the most successful, stylish and faithful adaptations of Agatha Christie ever made for the silver screen. Sidney Lumet directed an all-star cast, built around Albert Finney’s fascinating portrayal of Christie’s famous Belgian sleuth, Hercule Poirot. The film was nominated for six Academy Awards (winning a Best Supporting Actress statuette for Ingrid Bergman) and ten BAFTA Awards (winning two acting awards and the Anthony Asquith Award for Richard Rodney Bennett’s extraordinary score).

Sir Richard Rodney Bennett (1936–2012) excelled in several musical careers. In addition to film scores, he composed concert works in a variety of styles; he was also an accomplished jazz pianist and a popular cabaret performer. His elegant and glamorous music for Murder on the Orient Express spotlights two remarkable themes: a posh, 1930s-style piano-based main title and a sophisticated, melodious waltz. Emphasizing style over menace (but not lacking in the latter), Bennett’s score was often cited as one of his finest contributions to the genre.