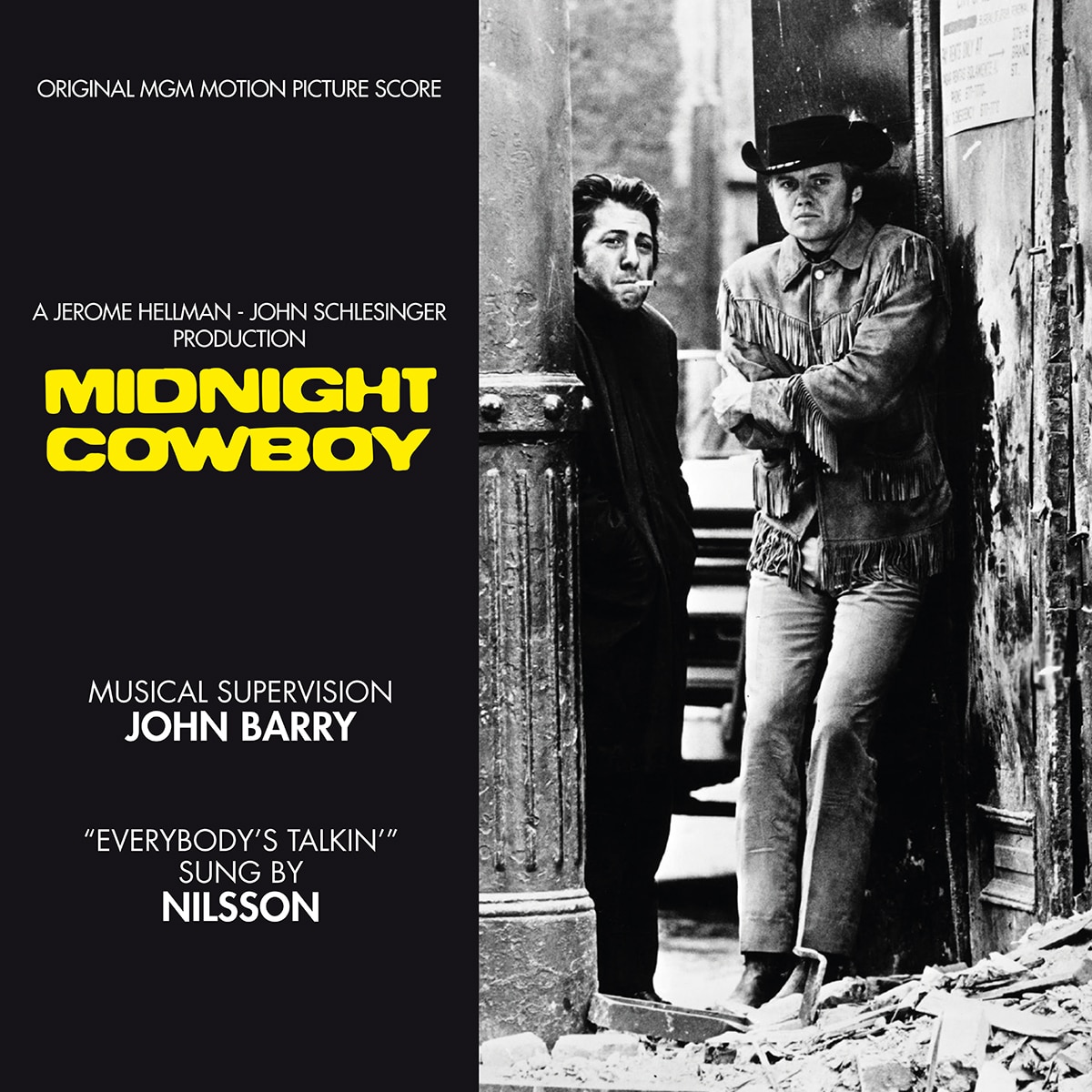 The musical score of MIDNIGHT COWBOY presented a new concept, widely used in the last decades, but not in the late sixties—a combination of songs and original music wisely developed into a perfect underscore. Renowned British composer John Barry, who had already won three Oscars in 1969, appeared under the credit of “Music Supervisor,” but also composed a series of original cues and supervised the entire musical concept of the film, along with legendary American producer Phil Ramone.

The song “Everybody’s Talkin’,” written by Fred Neil in 1966, was selected as a main theme for the film, newly recorded with arrangements by George Tipton and performed by Harry Nilsson. It became an instant classic and ultimately a generational symbol.

For this new Quartet release, the classic 1969 soundtrack album has been mastered from first-generation master tapes on Disc 1 and supplemented with new mixes made from recently discovered multi-track tapes, that includes some alternate song versions, different vocals of the Nilsson song, and alternate and single versions prepared by John Barry of his famous original theme. On Disc 2 we have included the music (both songs and score) as it appears in the film, mastered from mono elements vaulted at MGM. Score and album were in part different recordings; the harmonica solos, played by Toots Thielemans in the film, were played by Tommy Reilly on the album.

This collection has been produced, restored, mixed and mastered by Chris Malone, and the 24-page booklet includes authoritative and exclusive in-depth liner notes by Jon Burlingame.