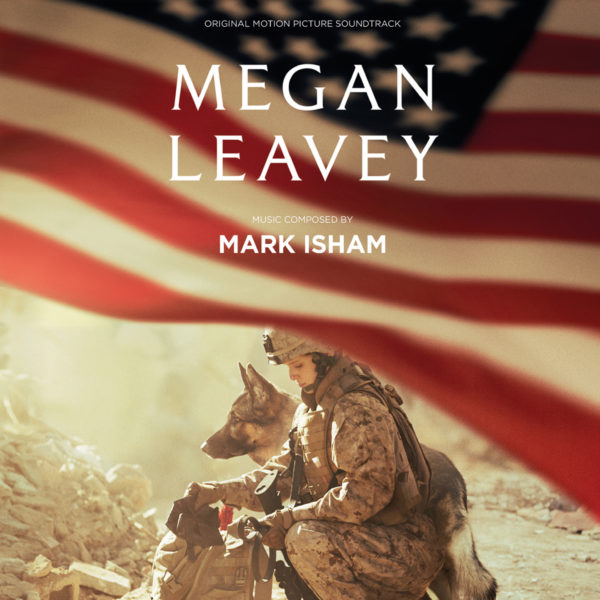 Quartet Records presents the CD release of the MovieScore Media digital release of Megan Leavey, composed by Mark Isham (A Dog’s Journey, Cool World, A River Runs Through It, The Moderns). Directed by Gabriela Cowperthwaite and based on a true story, Megan Leavey doesn’t venture far from the filmmaker’s strength of telling true stories about the complicated relationship between humans and animals. The film takes its viewers behind the frontlines of the Iraq war in a fascinating true story of the titular Marine corporal and her military combat dog Rex as they save several lives during their deployments to Fallujah and Ramadi. The film stars Kate Mara (House of Cards, Fant4stic Four) as Megan Leavey, who proves that the bond between two-legged and four-legged creatures can be as strong as any camaraderie between soldiers.

Megan Leavey is a heartwarming story that has many layers of drama and emotion,” says composer Mark Isham about his contributions to the film. “It needed a score that could move quickly from warm humor to dramatic battle scenes, dark tragedy to heroic triumph. I chose a vocabulary that is basically ‘Americana’ in style and sound. Guitar based, indie rock at the center, with chamber symphony and ethnic percussion added to fill out the story and images. Several themes evolve and intermingle over the course of the score. It is eclectic but structurally sound.”

The CD booklet featuring exclusive liner notes by Gergely Hubai based on an original interview with the composer.